Chandlee Construction Company was formed when Seth Chandlee convinced his father, Jim Chandlee, that it was a very good idea to combine their construction expertise into one company. At the time Seth had been in Alpharetta for two years attending school and establishing his reputation and Jim was semi-retired in the country. Seth knew he could learn a lot from his father, who had learned from his father, James Rush Chandlee, and with the formation of Chandlee Construction the experience of generations came under one roof.

Since the beginning of Chandlee Construction Company, Seth and Jim have worked together on projects of every description. Their first joint project was the Bethany Bend Village Office Park – a site development and ground-up construction project on Highway 9 in Alpharetta. This project was followed by the tenant finish on a new building in Roswell and three offices in John Weiland’s Braeburn Village in the Milton community of Alpharetta.

Seth and Jim further honed their experience in the unique field of fast-track construction when they worked with the production teams of A&E’s Drill Team and Sell This House: Extreme and Spike TV’s Bar Rescue. This unique experience combined with Seth’s talents enabled him to apply what he learned on projects for clients Miller Zell, Stuffed Burger, CJ’s Talk of the Town, and the Big Sky Buckhead restaurant and bar in north Atlanta.

The company often has multiple projects going on at the same time, so Seth and Jim divide their time and talents to conquer. Seth under took the complicated demolition and build-out of Ladybird Mess Hall and Music Grove in the Old Fourth Ward of Atlanta and the Alter Ego Salon in Alpharetta, while Jim applied his talents to the design/build of the Ultimate Beauty Salon and the Silver Dollar Pawn build-out in Roswell, along with the white box finishes of eight suites at Town Brookhaven. This process continued with the demolition and construction on Basil’s Restaurant, the design/build of the Tuesday Morning stores and more.

Seth brought on board two very qualified senior project managers in 2015, Carey Hughes and Ken Rybnikar, to assume fulltime management of various projects thus enabling the company to expand. They were soon joined by Chuck Fatheree, Michael McCall, and Jim Beggs. Todd McDouglad also joined the firm as the Vice President of Operations to streamline procedures and operations which he did quickly.

In 2018, the Chandlee companies further expanded under the umbrella of Chandlee Holdings, L.L.C. Todd assumed the position of Chief Financial Officer and Seth ascended to the position of Chief Executive Officer. Nick Shugrue joined the firm as a Project Manager, Mary Chandlee was hired as a Project Administrator, Leigh Burley moved to estimating, Tina Drake (our Officer Manager), also assumes responsibility for payables, and longtime employees, Hector Franco and Chad Crane were promoted – Hector to Project Manager and Chad Crane to Estimating. A year later, Courtney Tucker came on board as Controller and head of Human Resources, Ron Stewart accepted the position of Manager of Estimating, Warren Phillips and Chris Wohlpart joined as Project Managers, accepted the position of Receptionist and Administrative Assistant. Denny Hahn, who has managed our warehouse inventory, expanded his responsibilities as an inspector for our Enterprise projects and as the delivery driver for Chandlee Rental. Todd assumed more responsibility as Chandlee Holdings’ Chief Operations Officer. In August of 2019, Tina Drake left Chandlee Construction as her husband was transferred out of state with his job, and Kenneth Rybnikar, one of our Senior Project Managers and long-time employee, retired. 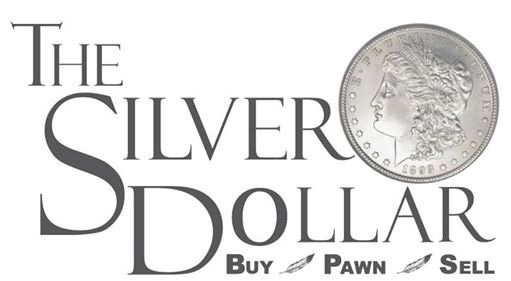