Chandlee Construction Company began the two-week tenant finish project for THE CUP CAKE PEOPLE on Monday, April 8, 2013. This 2,500 square foot commercial build-out project was referred to Seth Chandlee and his partner and father, Jim Chandlee, by LaVista and Associates. The scope of the project was to finish the features of the interior of the blank space to accommodate a retail area with glass display for the huge variety of cupcakes the owners will sell. It also included designing and building-out the latest commercial kitchen with all the necessary equipment for baking. …lots and lots of cupcakes. 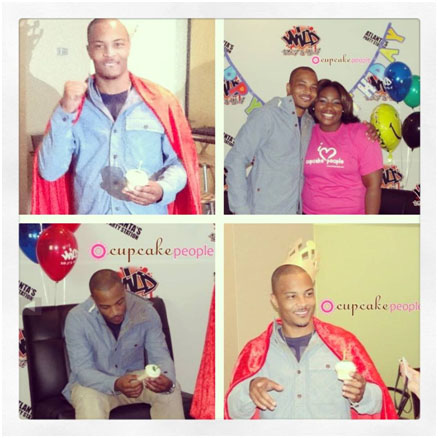 Jim and Seth met the challenge to accommodate the needs of the bakery facility by constructing a state-of-the-art commercial kitchen as well as giving the owners a trendy, inviting retail space with lots and lots of display features. They also surprised the owners by finishing the project in half the time originally scheduled.

This location is the flagship store for The Cup Cake People – it is located across from the area formerly known as Discovery Mills – at 1860 Duluth Highway, Suite 404 in Lawrenceville, Georgia – a suburb northeast of Atlanta.

This design/build project involved remodeling an existing 1950’s 1,000 square foot ranch home on a small lake in Alpharetta, Georgia. Chandlee Construction expanded the client’s home into a dramatic 4,000 square feet through the construction of additions that included a master bedroom suite, a luxurious bathroom and a great room with surround sound and 14 foot vaulted ceilings. Other additions included a screened porch, closets, and a garage with a sundeck on the roof. The scope of the project also included building over parts of the existing structure and relocating the laundry room to the main floor.

The property was graded to accommodate the necessary utilities and the home’s additions. Retaining walls were constructed, a lake irrigation system was installed for the yard and the client’s swimming pool was repaired.

The scope of the McGill project was the ground up construction of a third garage that adjoined an existing two bay garage located at the front of the three story house on a very small lot. This included matching exactly the exterior and interior paint colors, the roofing material and the light fixtures. The scope of the project was expanded to include the installation of new hardwood flooring throughout the main floor of the home, the redesign of the family room fireplace and new landscaping. The total square footage of this project was approximately 6,000 square feet.

This tenant finish indoor sports arena was to created for a local Alpharetta client. The activity areas included a football field, batting cages, and gymnastics, exercise and training spaces. Offices, a lobby, a party room, a kitchen and restrooms were also constructed.

Chandlee Construction, under the direction of Jim Chandlee, has built ten gas stations for Shell, Texaco and Chevron all with convenient stores. Even though each location differed they each had a convenience store of approximately 3,000 square feet along with 1,200 to 4,000 square feet of additional retail units. They were constructed according to the local ordinances governing the appearance, from the Virginia farmhouse style to a completely modern design.

Lauren Makk, celebrity designer, created the modernization plan for this kitchen and gave the specifications to Chandlee Construction to build. The focal point is the newly built curved wall and bar that is topped with specifically chosen granite. The renovation included a glass backsplash, ceramic tile flooring, and a paint color that brighten and “enlarged” the kitchen and adjoining family room. Lauren added a custom built wine refrigerator to the new island. This dramatic remodel left the client extremely satisfied and happy with Lauren Makk and Seth and Jim Chandlee and the crew of Chandlee Construction Construction.

The scope of Dr. Estroff’s interior remodel focused on the kitchen and the approach from the front door. The objective was to open up walls and make updates to the surfaces and systems.

Chandlee Construction installed a new bar centerpiece in the kitchen topped with onyx stone lighted from underneath to make the stone glow. A flush mounted copper sink with new fixtures replaced the old sink.

The kitchen ceiling was opened up to the rafters. New drywall was hung on a floating track system with a ¼’ drop channel to hide the wiring for the track lights which were flush mounted and set on motion sensors with multiple circuits. This ceiling system also provided sound proofing. Blown glass pendant lighting was installed on a dimmer switch to enable the homeowners to adjust the intensity of the light. Exposed beams were then installed and a fluted trim package finished out the overhead space.

Paneling on the walls were covered with ¼’ drywall and painted. Glass shelving was mounted to visually open up the space while providing needed storage. The existing stone floors were polished and the hardwood flooring were refinished. A full house generation HVAC system was installed. This system and all of the lighting were set up on an internet access port enabling the homeowners to control the settings while away from home.

This was a fun three-week project that brought smiles to friend’s faces by giving them a new, inviting environment for the creation of many meals to come.

The scope of this project was to take it from the temporary certificate of occupancy to the certificate of occupancy. To achieve this Chandlee Construction completed the exterior parapet wall with an arch element and completed the construction of the brick walls. In the interior, the crew completed the structural steel and the painting, installed a staircase to the loft storage located over the offices and performed the punch out. This enabled the owner of the franchise, Todd MacDougal to open on time.

This Chandlee Construction commercial project is located in a small four-unit strip center in Fayetteville, Georgia. The scope of the project was the build out of an existing 1,000 square foot space and the ground up construction of an additional 3,000 square feet. Yem Tires occupies one of the end units with the new space adjoining the exterior wall of the original structure. Chandlee Construction matched the exterior of the new portion exactly with the existing exterior finishes. The original 1,000 square foot space contains the public areas with a waiting room, service desk and public restroom. The 3,000 square foot addition contains offices, storage and a two-bay garage.

Chandlee Construction fulfilled all the build out requirements of dividing walls, electrical, HVAC, and plumbing, as well as the floor, wall and ceiling finishes. They also fulfilled the requirements of the ground up construction in the new 3,000 square foot space including all of the above, plus the wall and roof construction, and the poured concrete flooring. Chandlee Construction tied in their new site work including curbing, drainage, sidewalks and more with the existing site work.

This project was a small industrial construction job for SIP Industries in the Fulton Industrial Boulevard area of southwest Atlanta. The scope of the project consisted of cleaning, patching, resurfacing and fully restoring every exterior and interior vertical and horizontal surface of their existing 90,000 square foot warehouse. As the owners requested, the 90,000 square foot space was divided into two 45,000 square foot spaces. An existing smaller warehouse that adjoined this large space was demolished to give easier access to the warehouses and also allowed for additional storage outside.

All of the electrical was updated throughout both warehouses and more than 200 three-foot overhead light fixtures were replaced with motion detecting lighting devices. These fixtures are designed to come on when a forklift comes into the area and cut off when it leaves – this one update saved the client a considerable amount of money over the course of the year. Every exterior door was replaced and new gates were installed outside the building. The offices, employee kitchens, break rooms and bathrooms and every square foot of the expansive warehouse storage in both spaces were remodeled. The latest HVAC systems were installed and every foot of plumbing piping was replaced.

This was a three-day remodel of the kitchen, living room and dining room of a one story house on Lindberg Drive in Atlanta, Georgia. Day one had Seth and Jim Chandlee preparing kerosene heaters to dry the sheetrock overnight in the cold February temperatures. As the appliances were being installed and the home was being staged for its open house, Charlie ran into a serious problem with the installation of the glass and steel range hood as the glass portion was too wide to fit between upper cabinets. Daniel Kucan, the show’s designer, decided the cabinets would have to be trimmed somehow to allow it to fit. Seth Chandlee had the idea of cutting a channel from front to back on both the left and right cabinets to allow the edge of the glass to slide back along it to the wall. Who would make the cuts? The open house was just hours away. Daniel said it would take a feather light touch with a router to make these two cuts and Charlie could not do that! They looked at Seth . . . who took the router and cut two perfectly level channels on both the left and right cabinets. The installers carefully slid the range hood into place along these channels – it looked as if it was designed this way!

These complete, extreme construction projects are actually done in thirty-six hours which is why this show is called extreme! It is clear to see why the producers chose the experienced team of Seth and Jim Chandlee – they are experienced and extremely gifted at thinking on their feet.

This was a fast track remodel of a two story house in Tucker, Georgia (a suburb east of Atlanta) completed in thirty-six hours by Chandlee Construction Company − the chosen Atlanta area contractor by the producers of Sell This House: Extreme. The remodel included Bosch appliances; Ceasar stone counter tops; Ikea cabinets and 3 Day Blinds. All new drywall, paint, lighting; and crown, base and shoe molding was installed. The team even constructed new furniture for the home − onsite! The main level was completely remodeled along with the upstairs master bathroom. This episode has several exciting moments and everything was 100% unscripted! Seth Chandlee, Jim Chandlee and their entire crew had a great time with Charlie Frattini, Daniel Kucan, and Tanya Memme from the A&E show. Charlie, Daniel and Tanya were true professionals and we made lasting and true friendships with these wonderful folks. Thanks so much for the great experience and opportunity. This episode aired on May 24, 2013.