Chandlee and Sons Construction Company signed a contract with Mark and Jennifer Reisner of Jenmark Music, LLC (DBA Bach to Rock Suwanee) on October 24, 2017. This project required the demolition of a former frozen yogurt store into a modern music learning school. The architect on his commercial build-out project is Custom Design and Development Corporation whose offices are in Norcross.

Chandlee Electric contracted with Chandlee and Sons Construction on January 4, 2018 for the electrical work per approved plans. Most light fixtures are recessed fluorescent lighting.

Jim Chandlee, Founding Partner of Chandlee and Sons Construction, negotiated this contract and is the Project Manager. The design includes a performance room, a DJ room, a control room with sound-proof glass viewing into the studio, three band rooms with the third exiting at the back of the building, an entry lobby with waiting and reception areas, a separate office, storage rooms, five lesson rooms, a breakroom, a utility room, and two restrooms. All spaces have acoustical tile except the storage rooms and restrooms which have washable tile and the lobby has an exposed ceiling. The floor surfaces are carpet or vinyl tile except the storage rooms and restrooms which have ceramic tile. There are HD TV’s installed in the performance room, the DJ room and the waiting area. Walls are constructed of steel studs with 1- to 2-hour fire rated gypsum board and surfaces are painted and trimmed with vinyl cove base. Exhaust fans are installed in the restrooms and two 7-ton air conditioning/heating units were installed on the room. A set of water fountains are in the hall before the entrance to the restrooms.

Jim quickly and efficiently completed the build-out of this 2,800 square retail space before the end of March 2018. 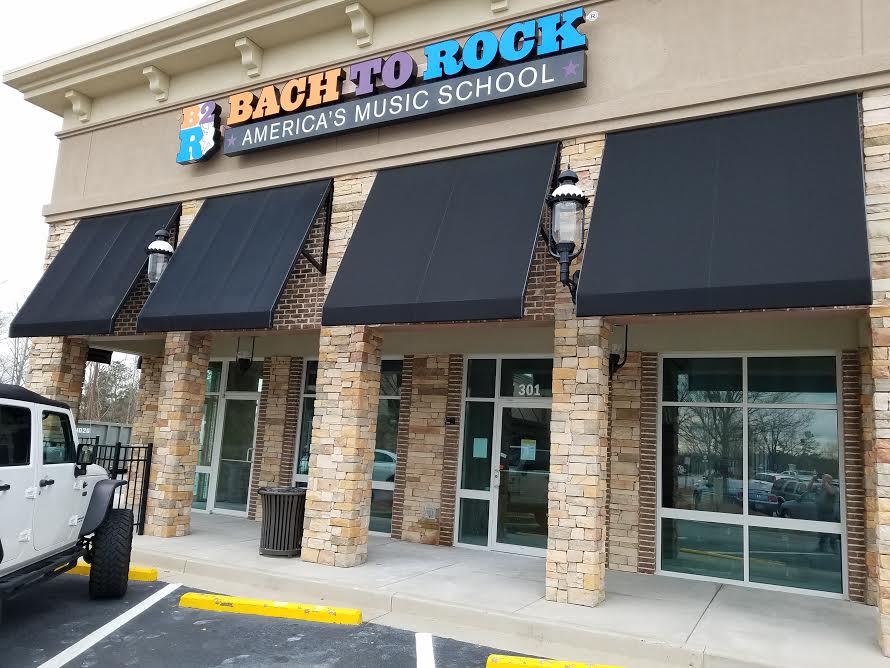 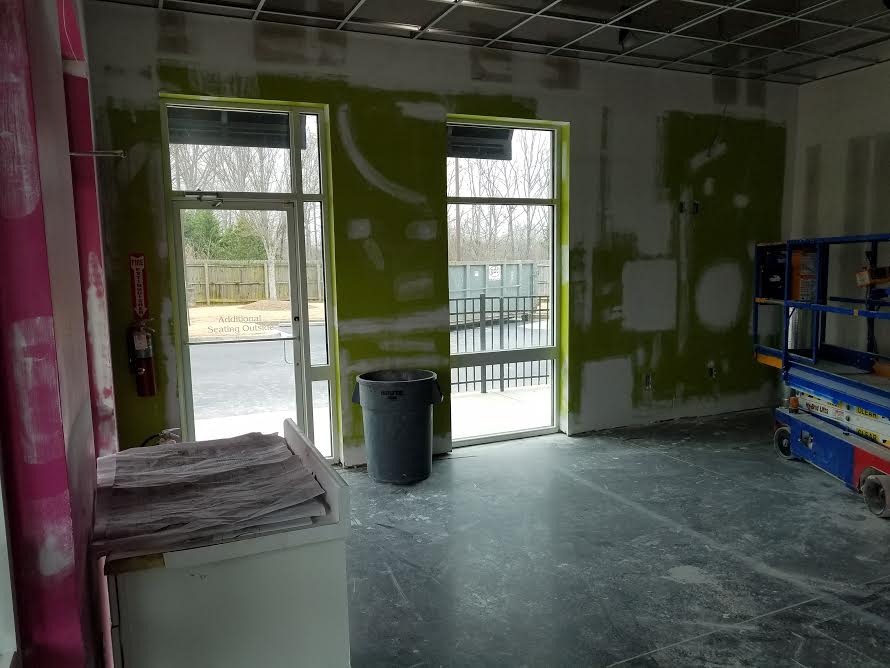 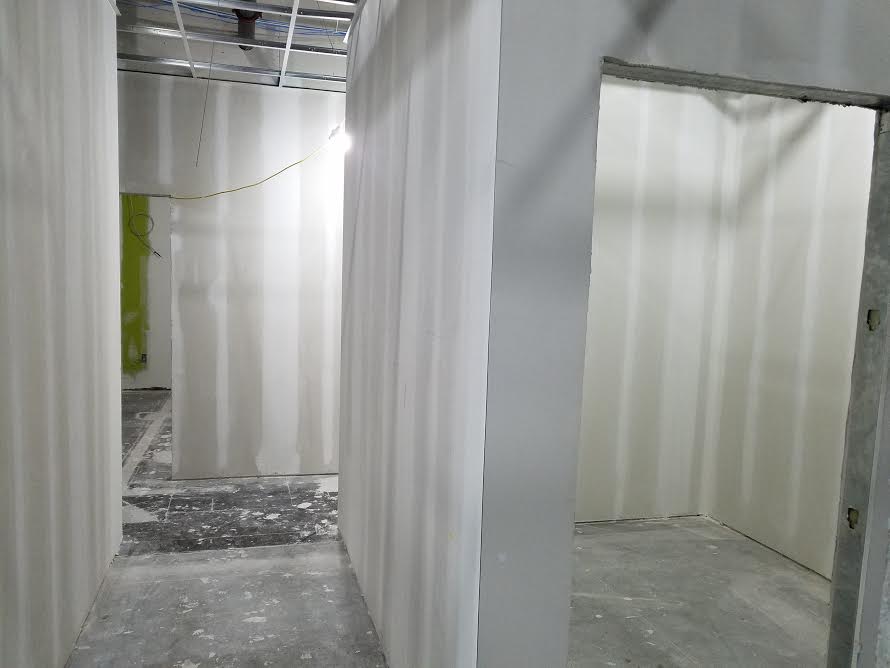 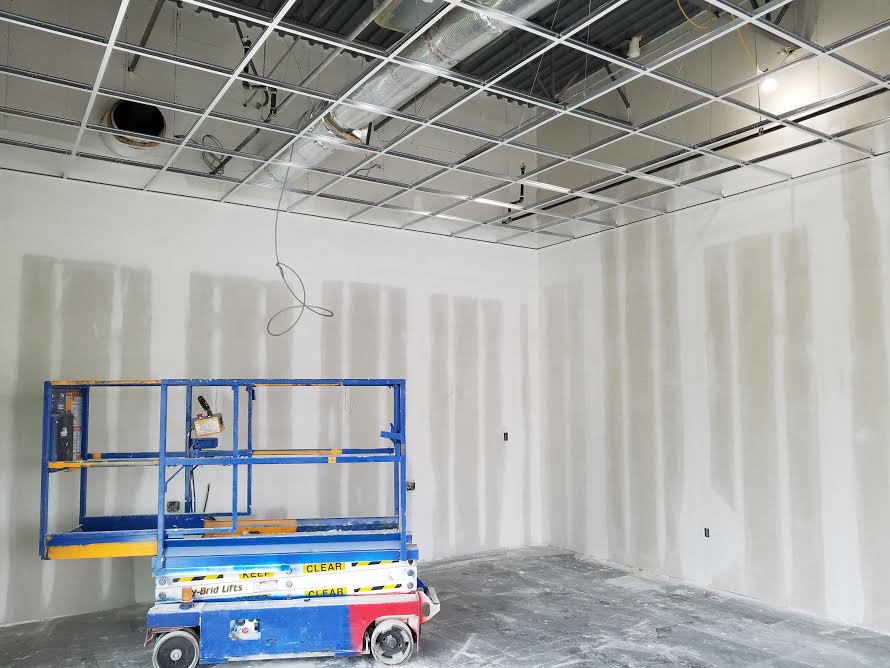 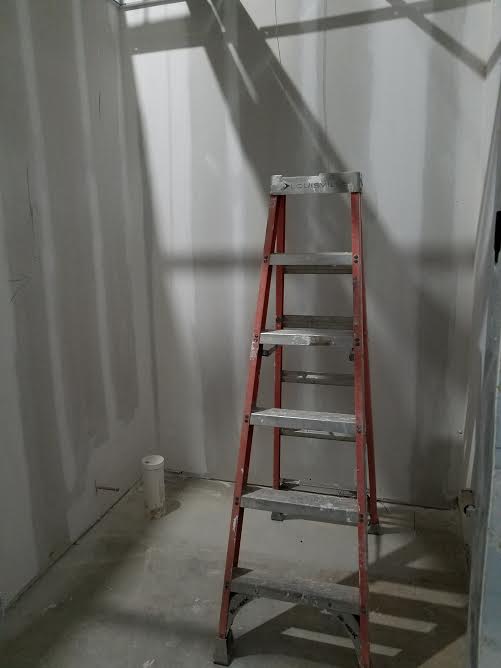 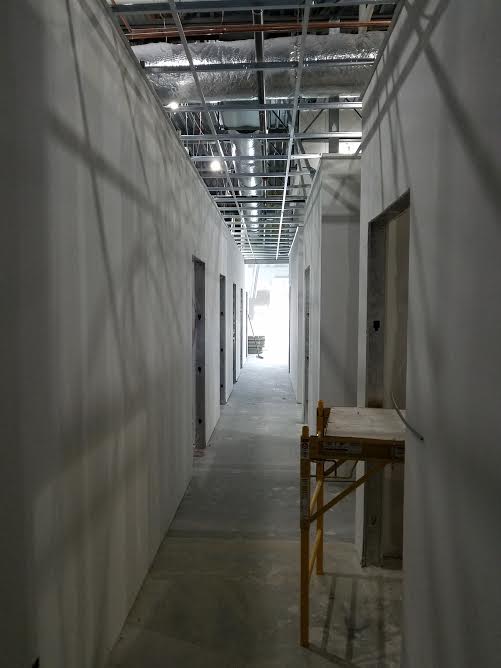 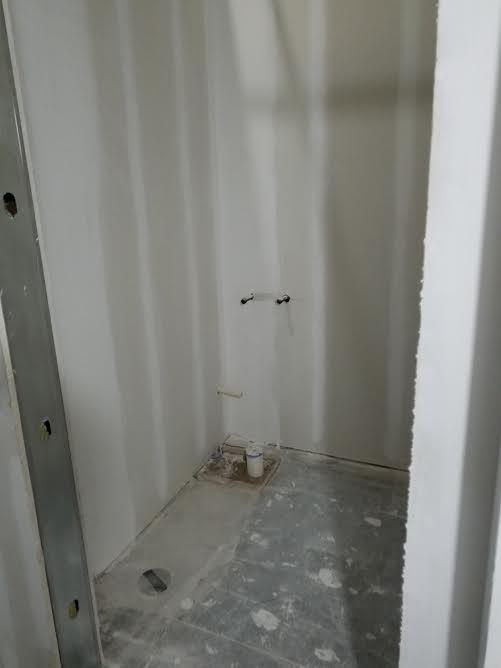