Chandlee Construction Company was chosen once again by TUESDAY MORNING for the design/build of their 10,220 square foot store in the Parkaire Landing center in Marietta, Georgia. This latest project with the Retail Planning Group was posted on our Facebook page April 19. 2015.

Demolition of the interior spaces began four days later under the supervision of partner, Jim Chandlee, while the design was in the hands of the architects and engineers. The demolition included removing all the walls that separated several retail spaces including those for restrooms, offices, etc., in order to open up the space to be large enough for the Tuesday Morning store. All of the electrical components were removed, along with the heating and cooling systems and all plumbing materials from these individual spaces. Many of these utilities were capped off.

1-2 hour rated fire walls were installed around the perimeter of the newly opened space. The crew constructed two restrooms and a kitchenette for employees. A wall was constructed that spans the entire width of the space near the back of the store to create storage that is accessed through a double set of swinging doors. All of the mechanicals including the sprinkler system controls were relocated behind this wall with a new panel box.

The store was sitting with 75% of the space demolished on May 28 waiting a final tenant to relocate from an adjoining space. By Tuesday, June 16, Seth Chandlee, Managing Partner, was on hand for the cutting of the concrete floor for the placement of the new plumbing and the cut into the block wall at the rear of the building for the installation of a rising garage door and a single pedestrian exit door. At this stage the electrical work is on-going and the inspector will be on hand tomorrow.

We passed the under slab plumbing inspection two days later, and all of the demolition work was complete. The ceiling grid has been installed. Seth stated, “Hopefully the pouring of the concrete will begin tomorrow. We are also waiting to receive the lighting fixture placement plan and the actual light fixtures from Tuesday Morning.”

Seth reported on July 1 that framing was complete, lighting installation was in progress, Century Fire was on site to install the new sprinkler system and the inspection for the electrical wall cover was scheduled that day. Upon passing the inspection the crew was scheduled to begin putting up the sheet rock.

By the 15th the sheetrock was complete. This was followed by the installation of the VCT flooring throughout the entire square footage. The build-out of this size space can cost between $300,000 and $400,000.“This store looks great – this is the best floor work I’ve seen,” commented Liz Anderson, the Third Party Investigator for Tuesday Morning.

By the end of the first week in August, we were preparing to turn this project over in two more weeks . . . and begin our third store for Tuesday Morning! Bob, the New Store Developer for Tuesday Morning has this to say, “You guys are doing an incredible job – I can’t believe you will be done so far ahead of schedule.”

Our work passed all of the final inspections by the third week of August. During the last walk through with Liz a few punch list items were discovered. The Chandlee crew handled every one of them on August 20. The final billing had taken place. The New Store Representative had this to say, “Chandlee Construction turned over the best finished product to date. They beat the construction schedules and the quality is superb.”

By this date we were finished and the project was turned over to the Tuesday Morning Corporation for their new install crew to begin work. Their crews bring in the fixtures, racks, inventory, and signage. They tie into the electrical in the ceiling and add the drop lights down each isle. They set up the checkout lanes and install the computerized registers. All of the shelving and fixtures are assembled and placed throughout the store. Then the store is carefully stocked with merchandise for the season in preparation for the opening. This process took the months of September and October.

This newest store for Tuesday Morning is located at 4880 Lower Roswell Road in Suite 410 near the intersection with Powers Ferry Road in Marietta, Georgia. The Parkaire store is Chandlee Construction’ second design/build for this retail outlet firm; the first store is located in the Alpharetta center of Deerfield Place.
The Parkaire store website is http://www.tuesdaymorning.com/stores/ga/marietta/4880-lower-roswell-road.html?utm_source=Yext&utm_medium=loclist&utm_campaign=localmaps 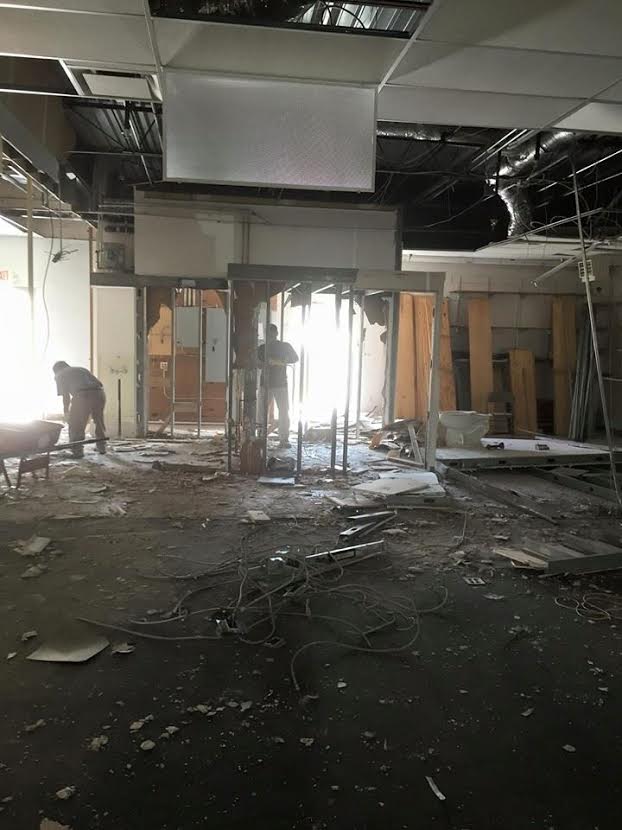 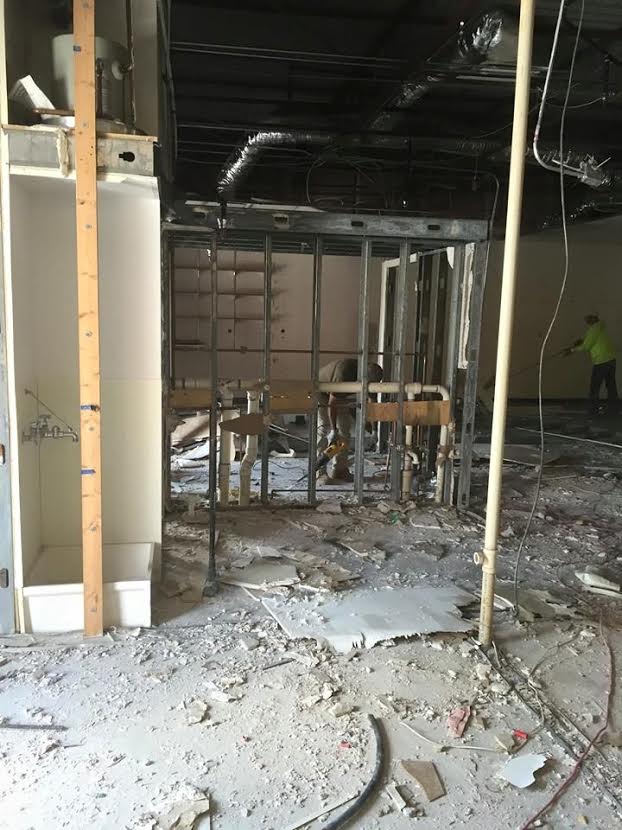 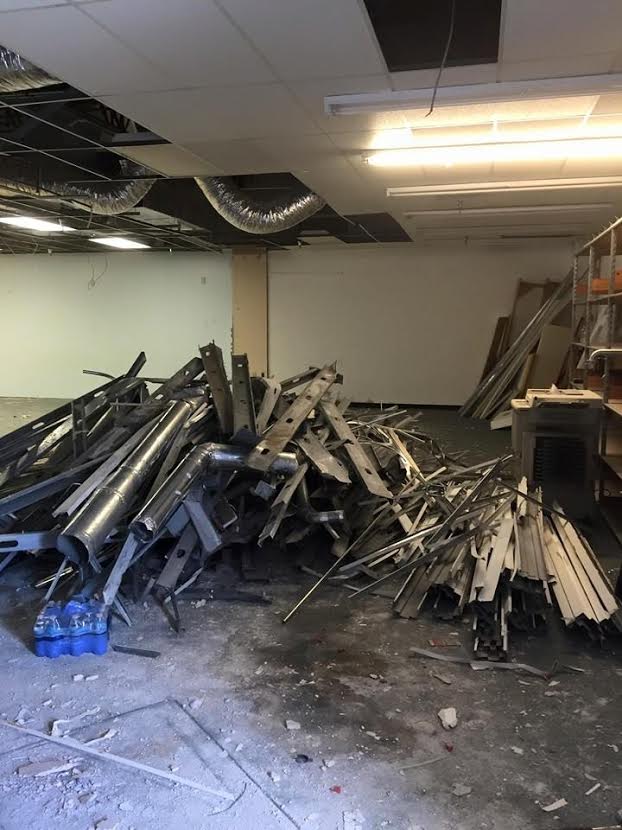 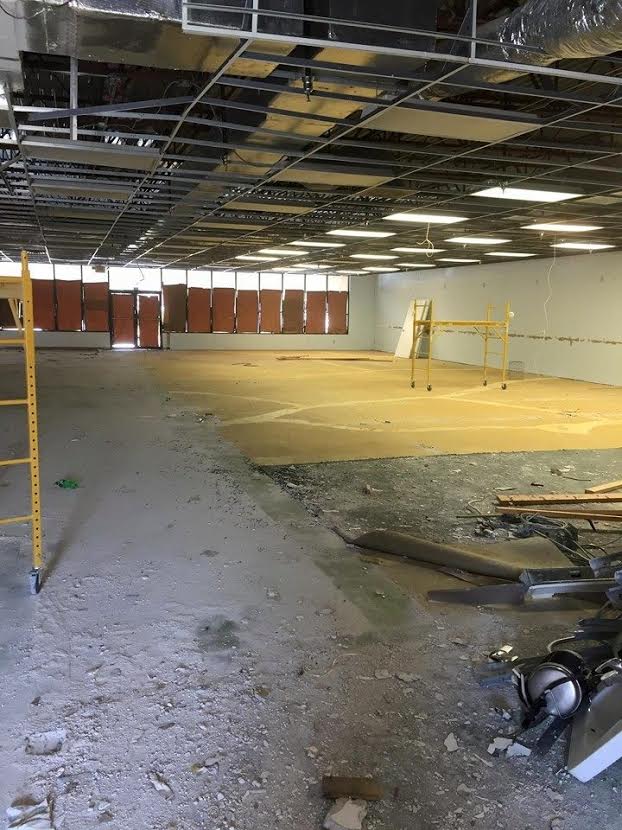 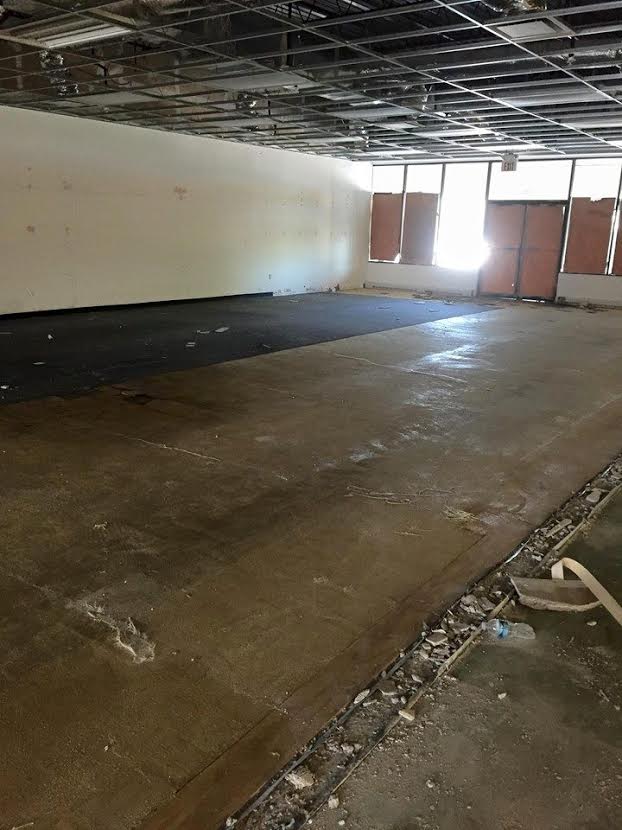 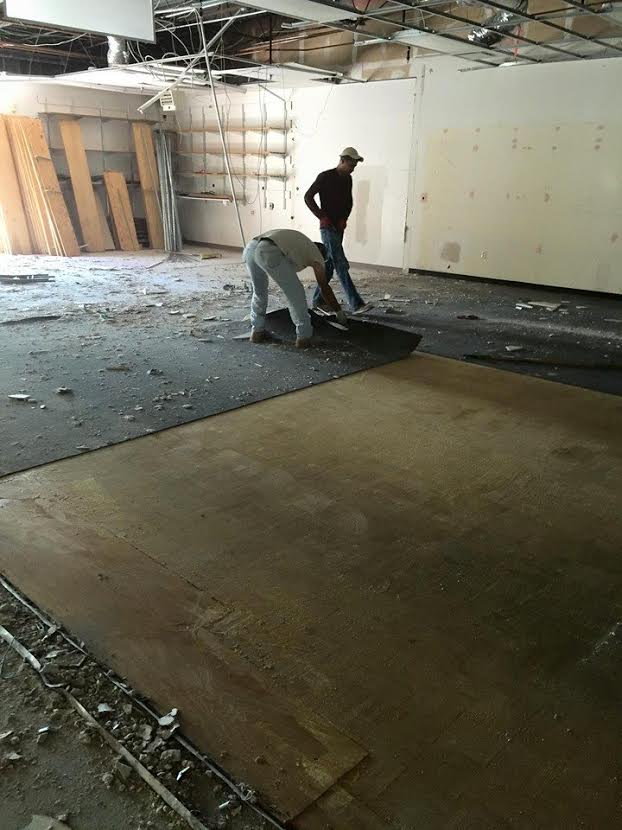 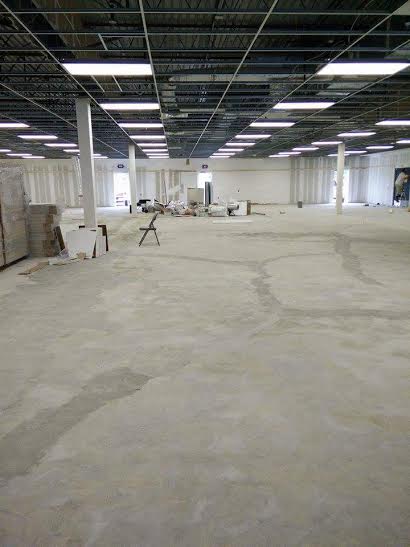 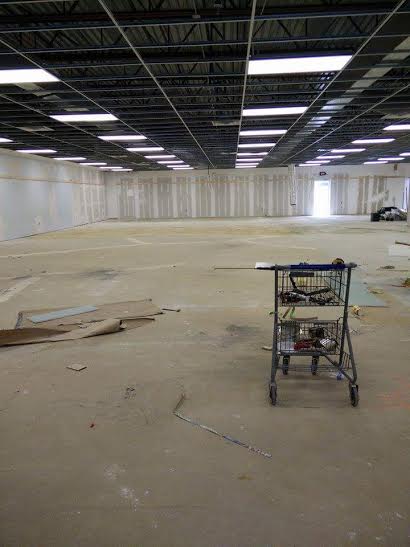 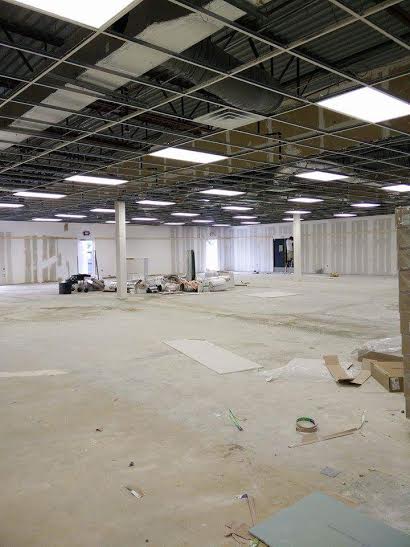 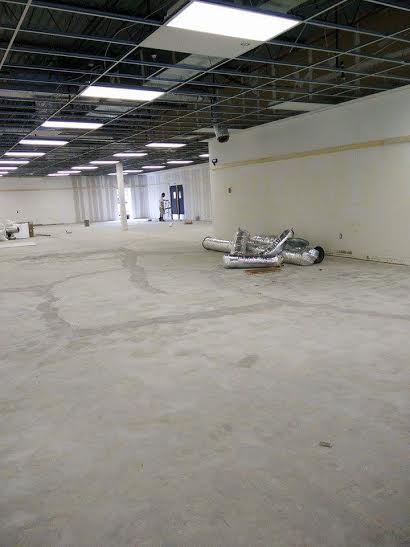 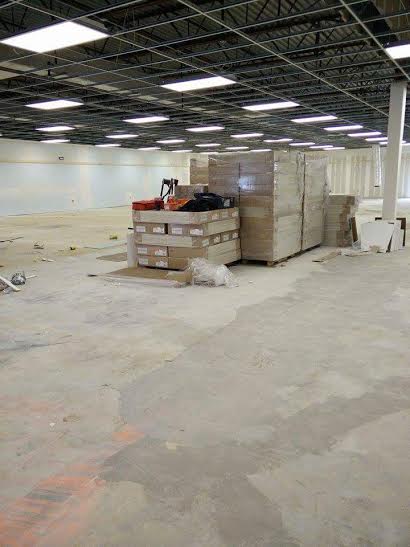 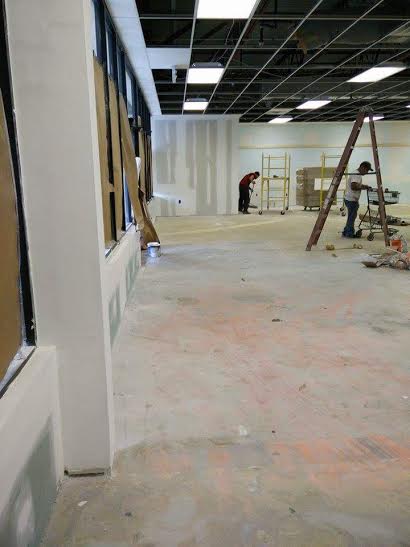 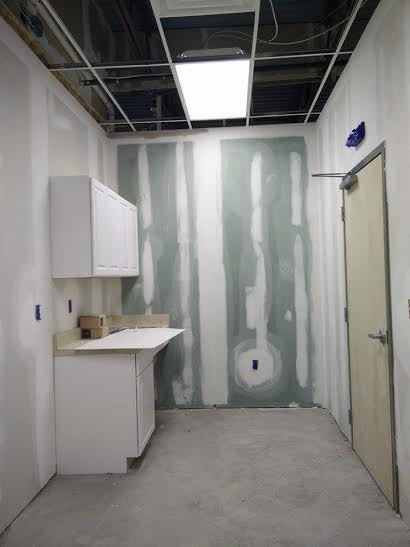 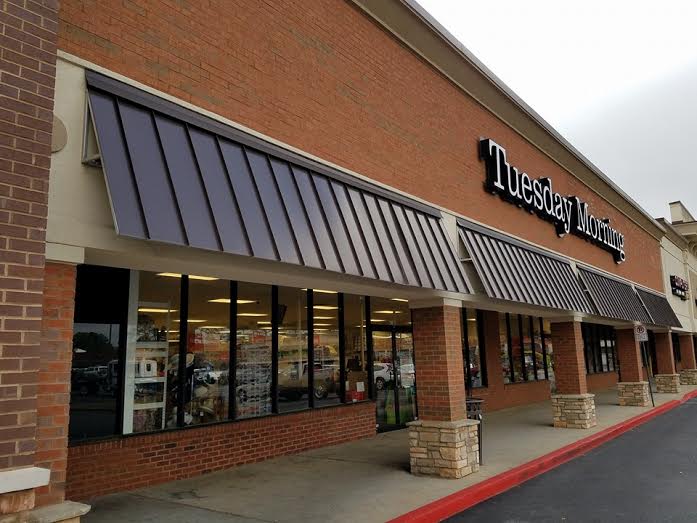 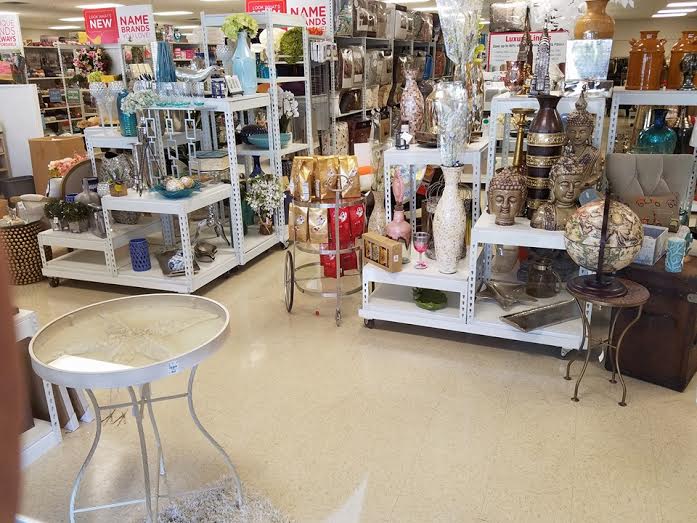 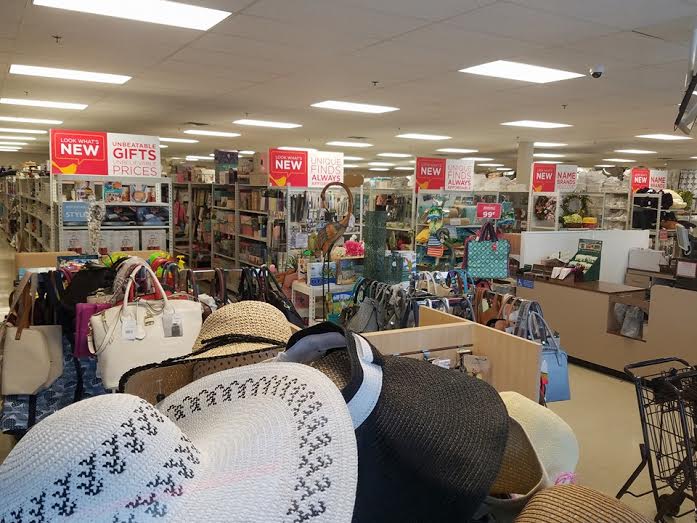