Chandlee Construction Company signed a contract with Jae Shim on December 12,2018 of K Pop BBQ and Bar, LLC of Marietta, Georgia for a commercial upfit project in Woodstock.

The scope of the work for this 3,075 square foot commercial upgrade project is to first demolish the white box space including partial partitions, part of the ceiling and the existing drinking fountain. The construction provided by Chandlee Construction and contracted subcontractors included cleaning, polishing and sealing the concrete floors and installing ceramic tile and tile cove base in designated areas and vinyl cove base in the prep area and the restrooms. Portions of the ceilings received a lay-in ceiling, other portions remained open and were finished according the client’s preference. A new moisture resistant gypsum board was installed in the kitchen and restrooms with a high gloss finish. Other wall structures were either fiberglass reinforced panels or drywall – the walls were later painted with latex paint in a high gloss finish, and others covered in vinyl or brick veneer. The bar face received a wood veneer. Door frames were painted, and all wood doors received at least two coats of polyurethane. All interior finishes met or exceeded specified fire codes.

This all-you-can-eat Korean barbeque restaurant, build-out by Chandlee Construction Company, opened on June 7, 2019. The K Pop BBQ and Bar is in Suite 1334 at 1105 Parkside Lane in the South Pointe center at Towne Lake. This is a link to the June 13th issue of The Patch, a Woodstock-Towne Lake online publication, regarding the opening the restaurant: https://patch.com/georgia/woodstock/korean-kpop-bbq-bar-opens-woodstock. 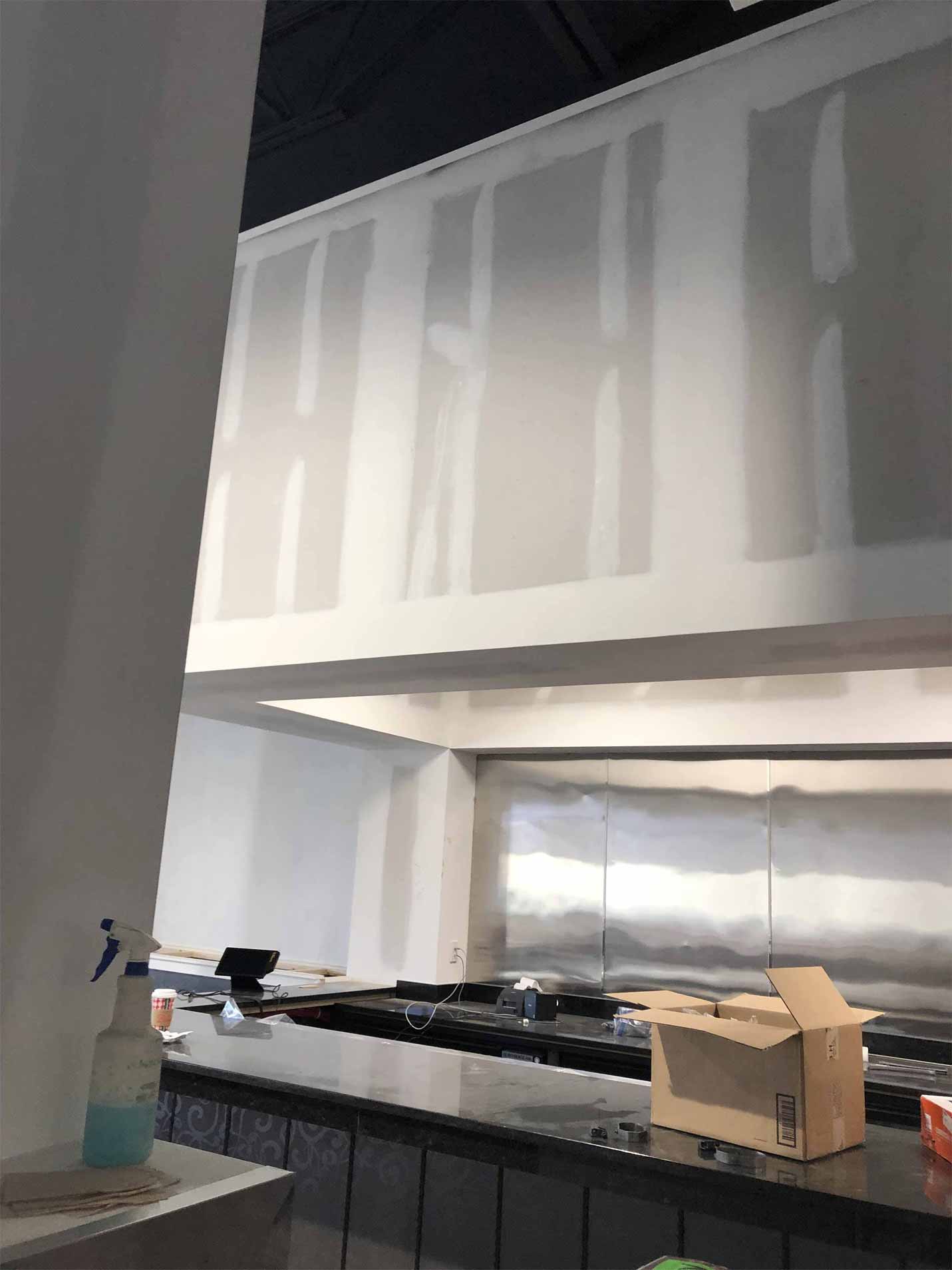 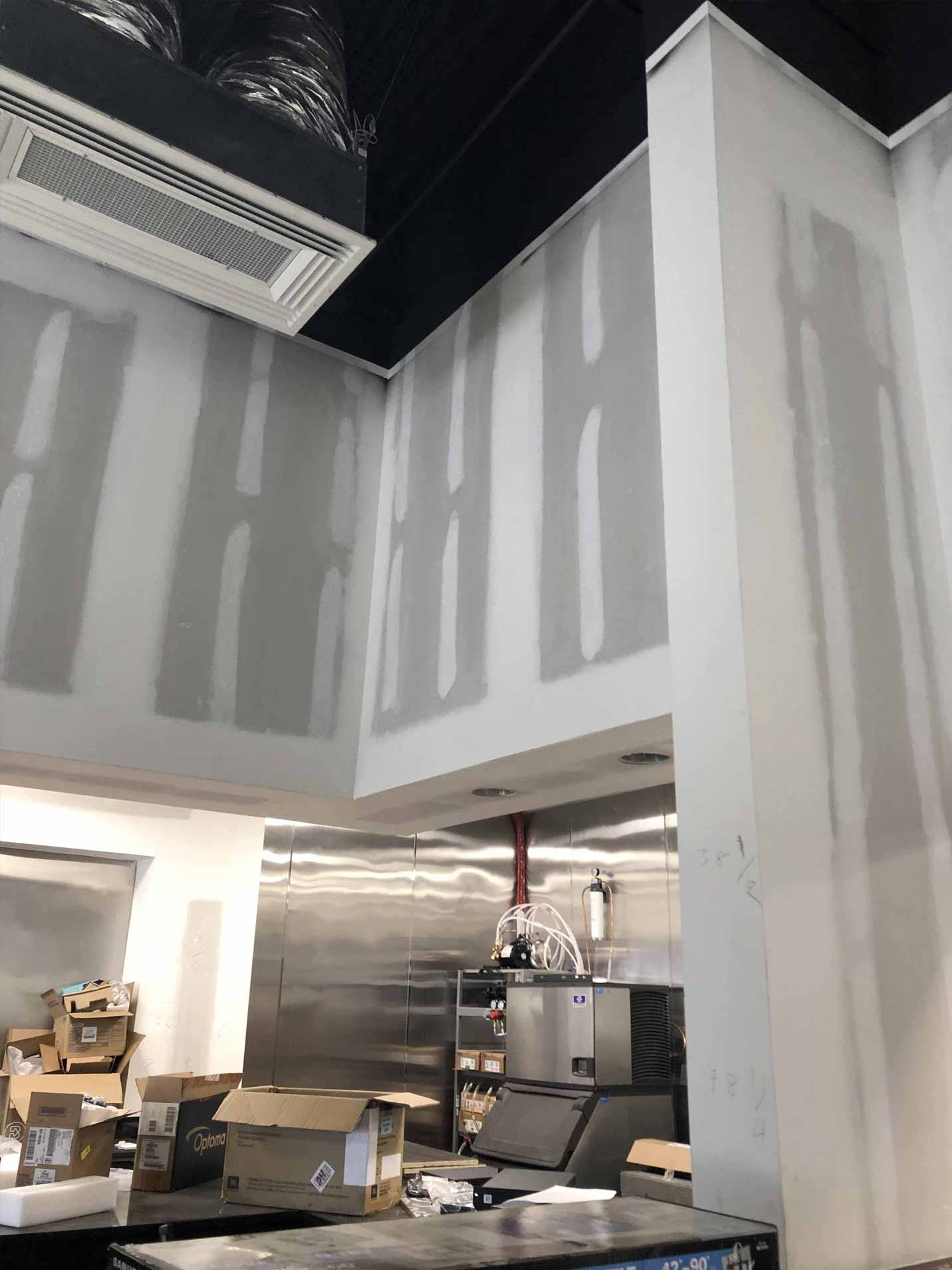 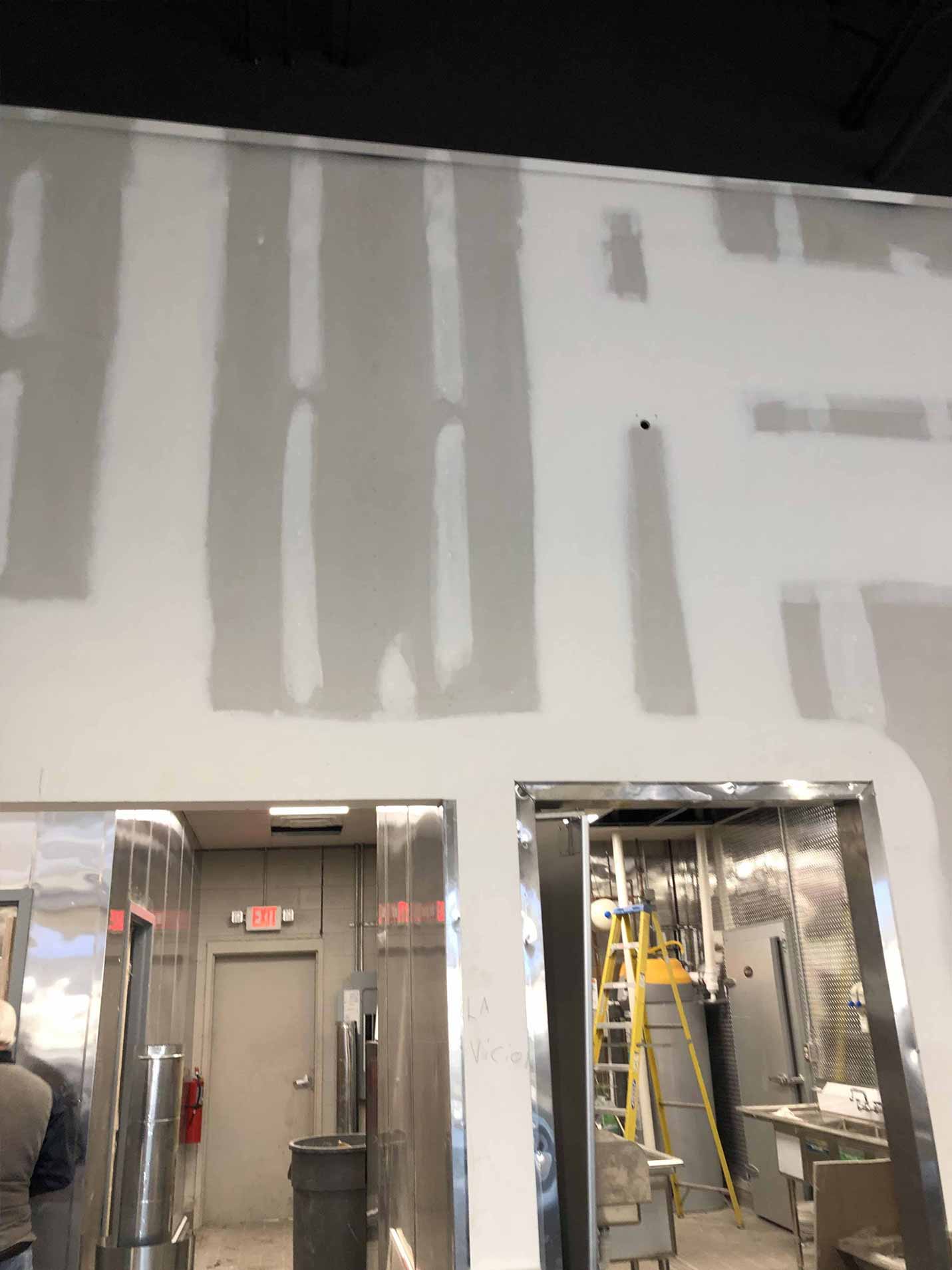 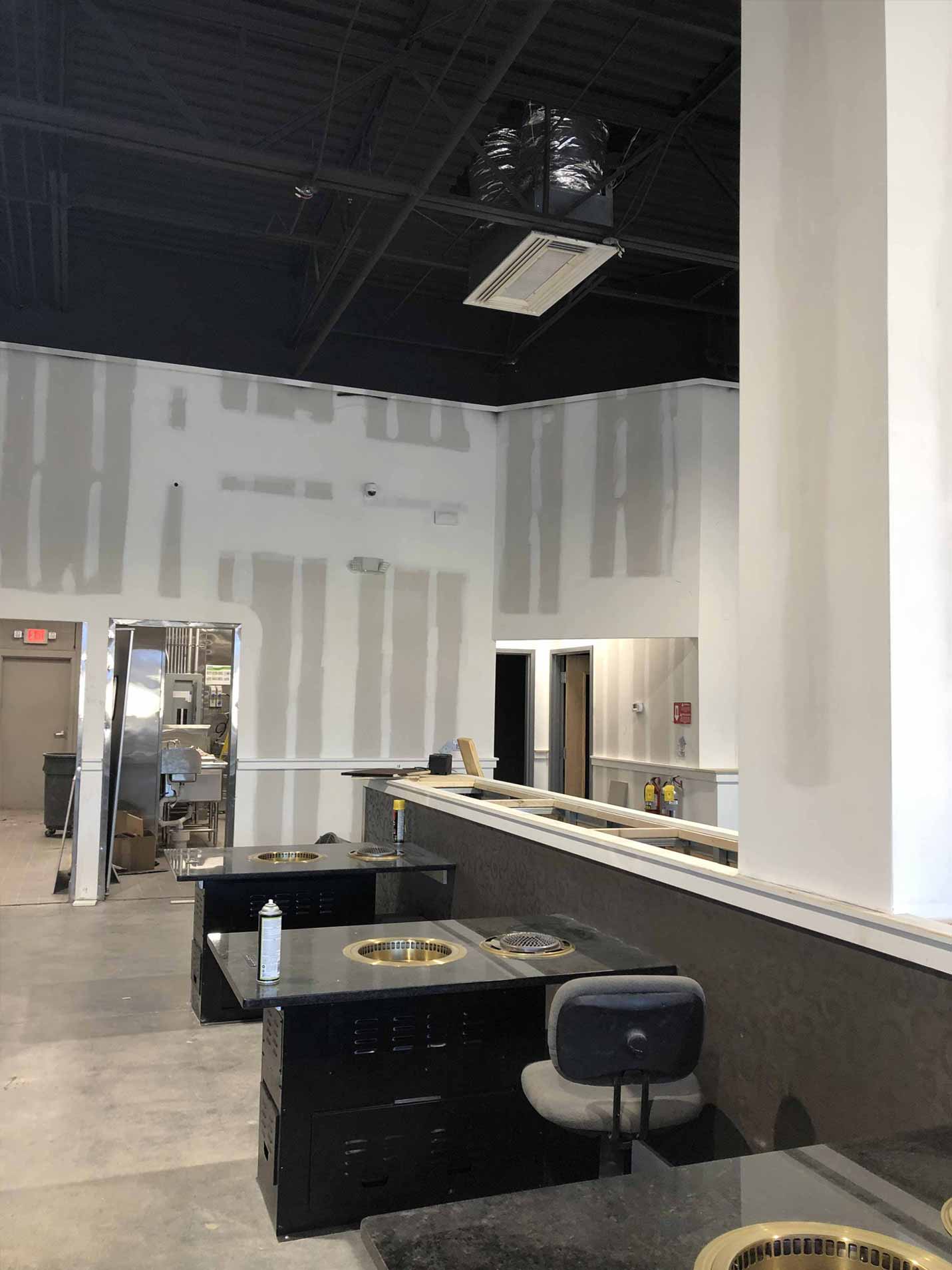 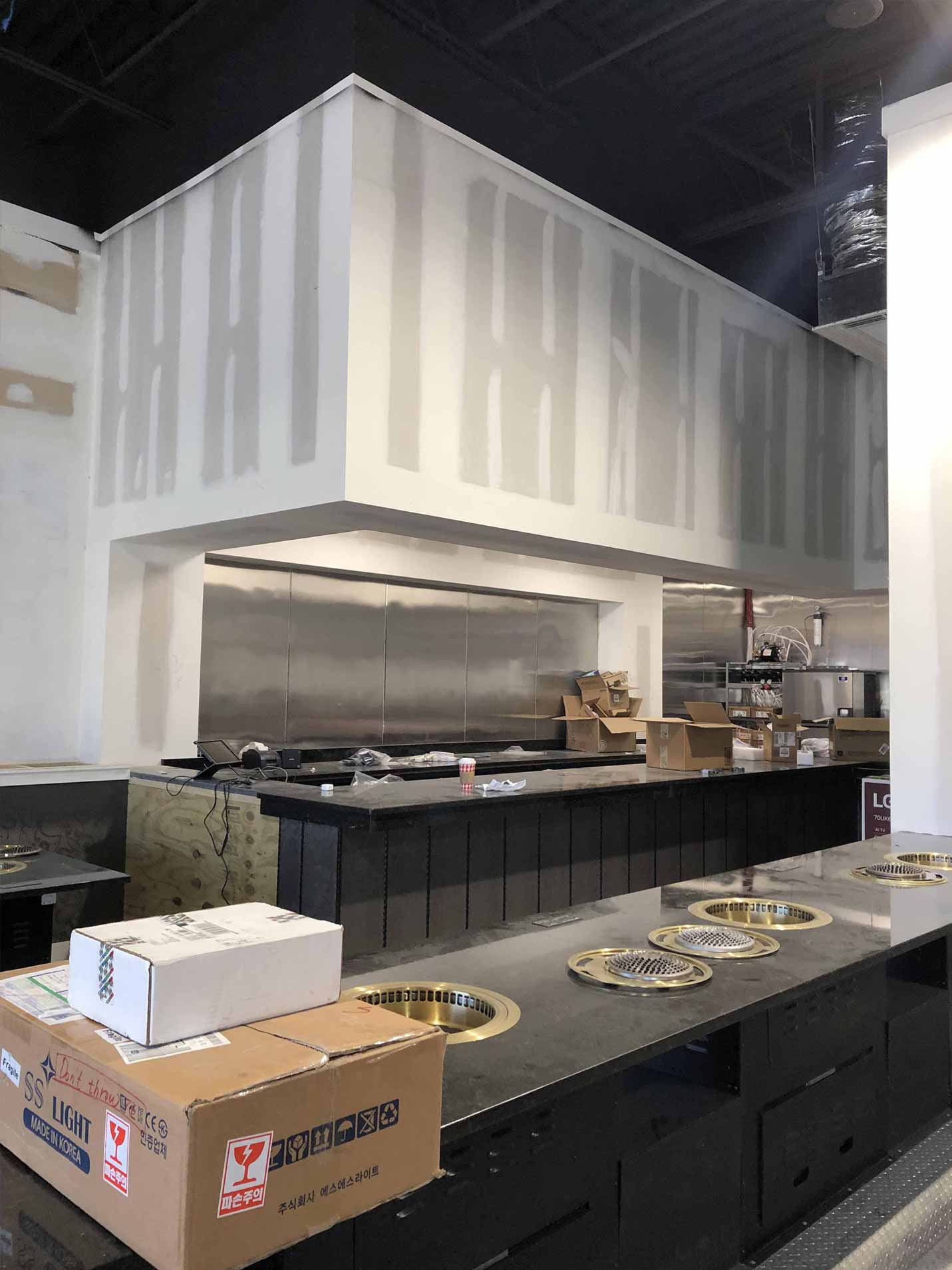 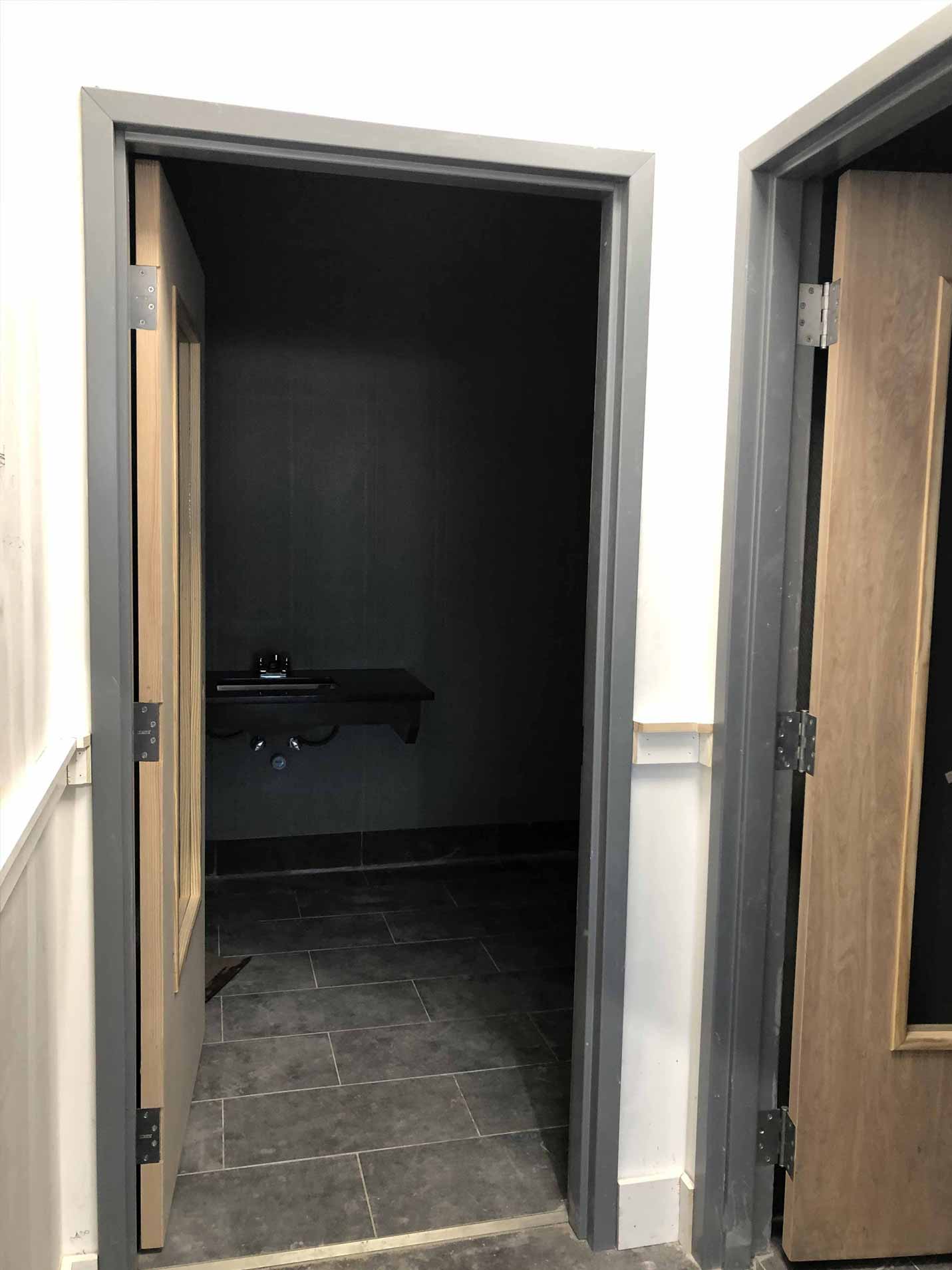 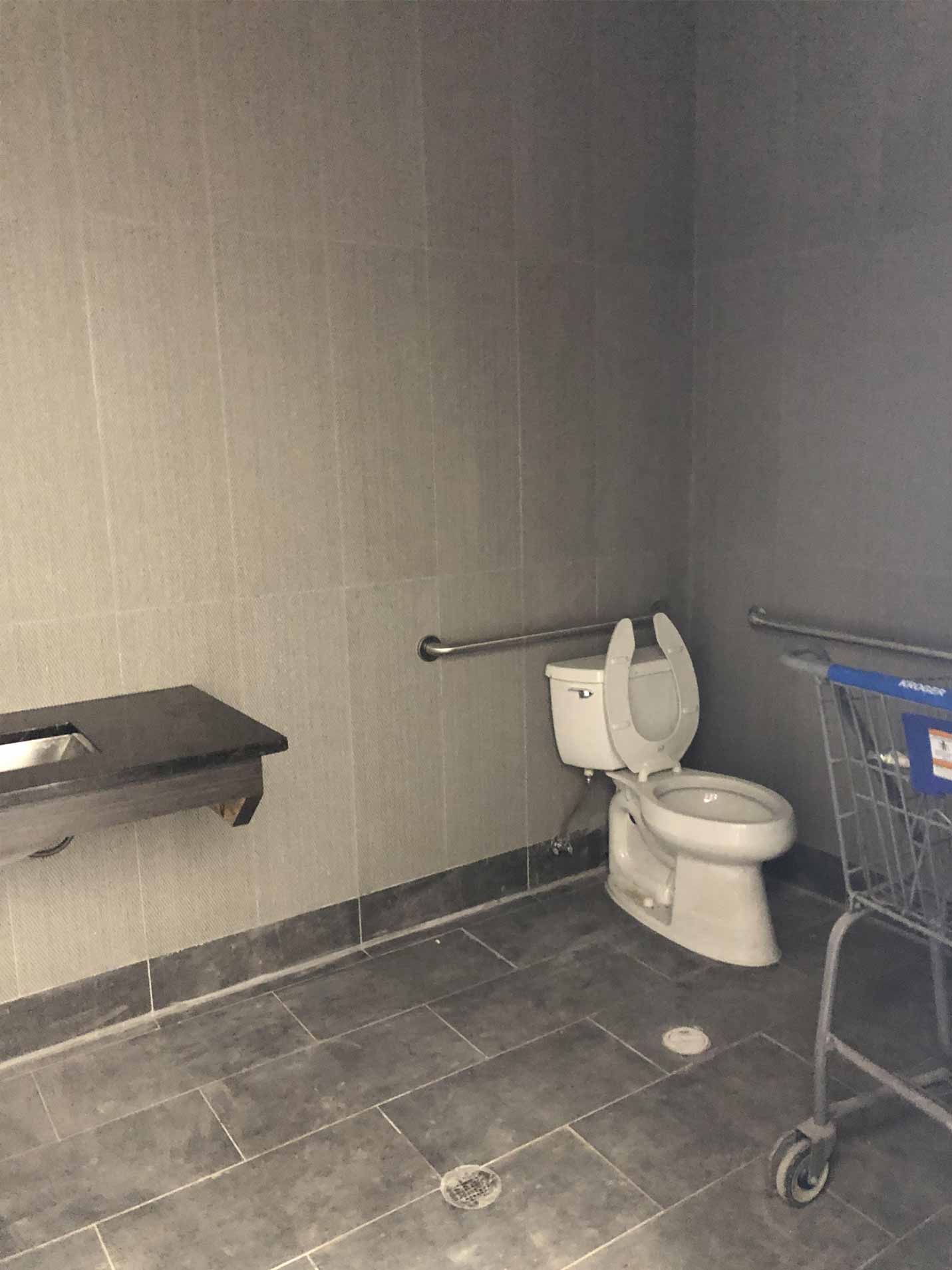 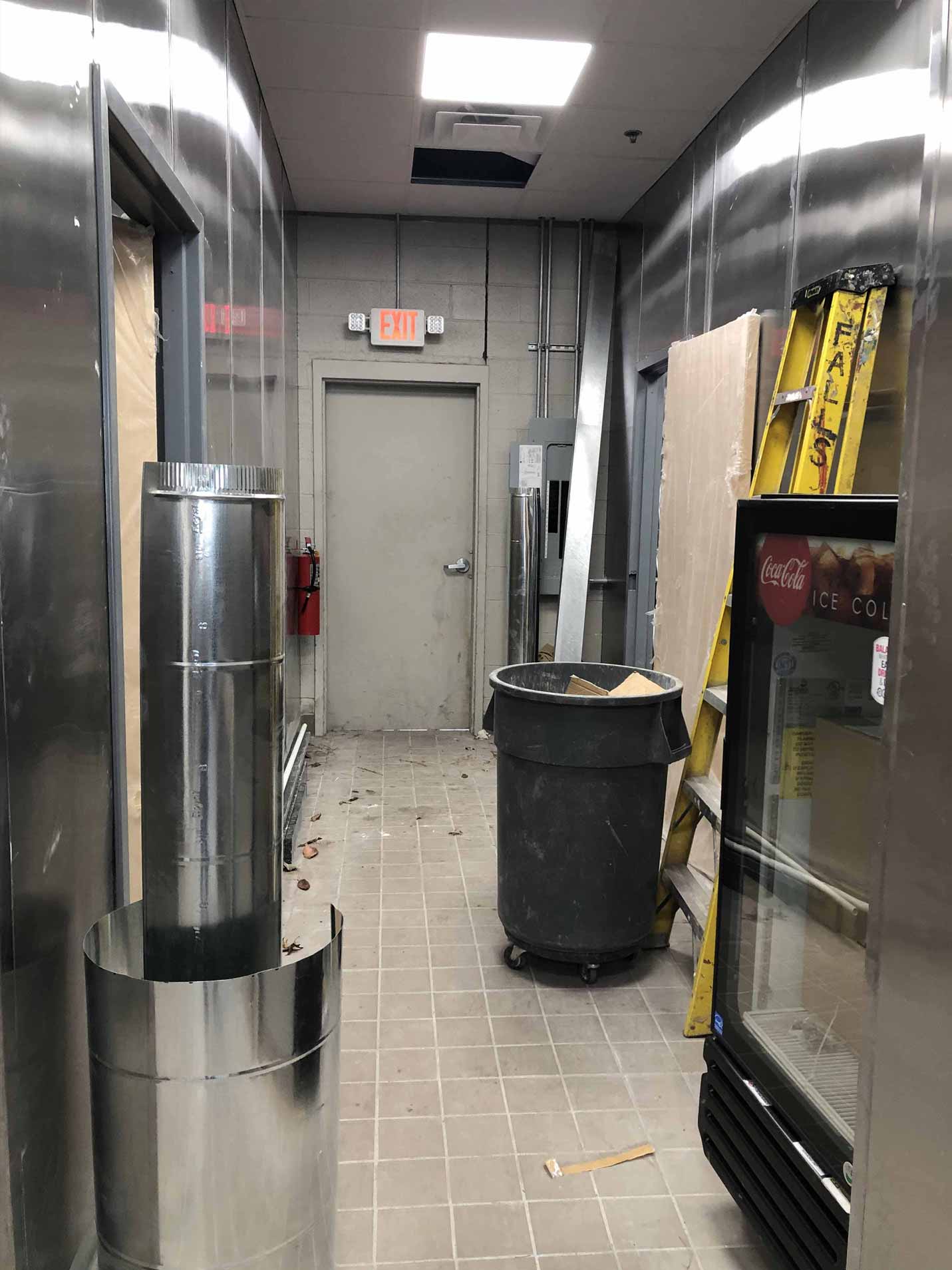 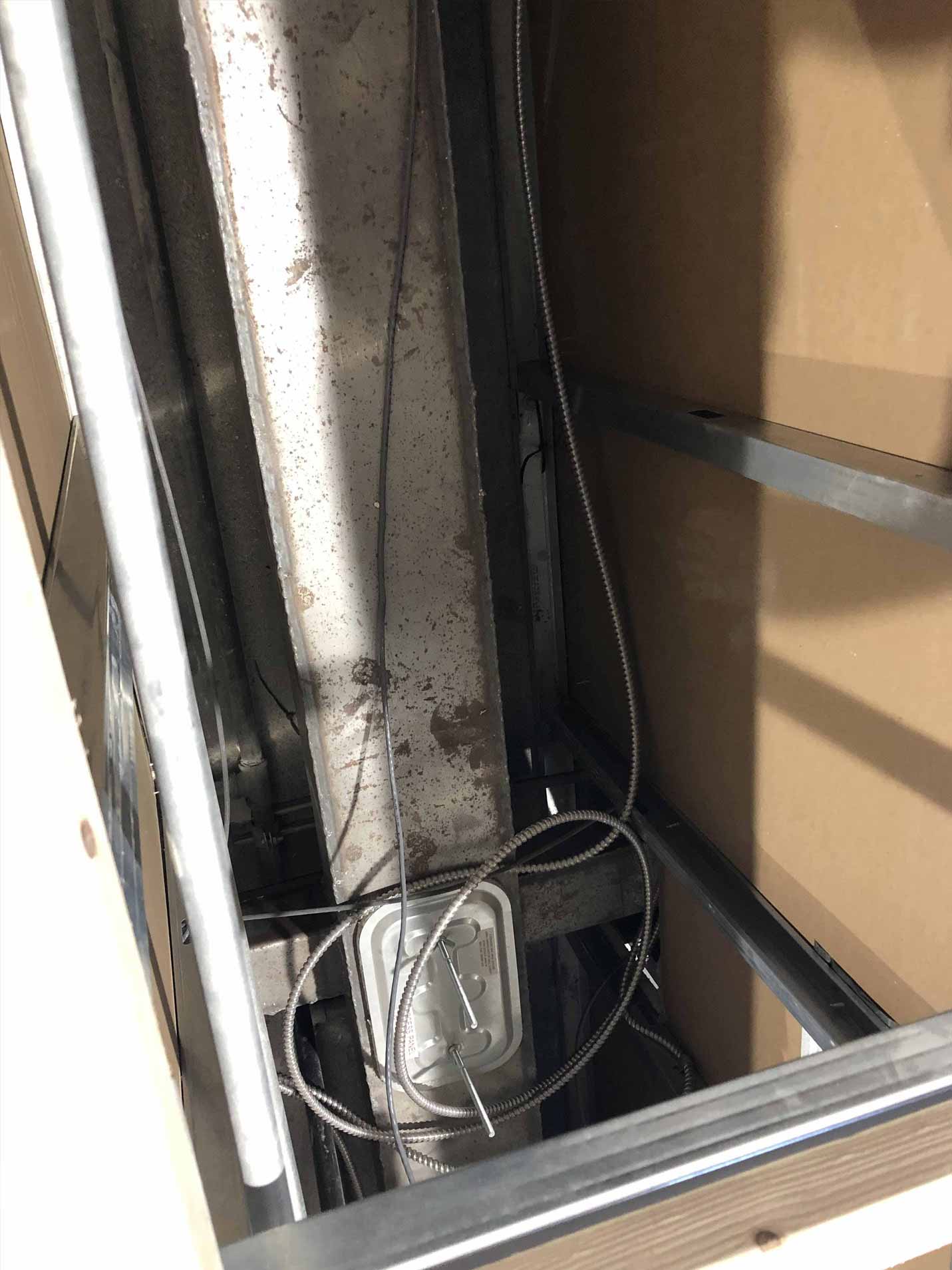 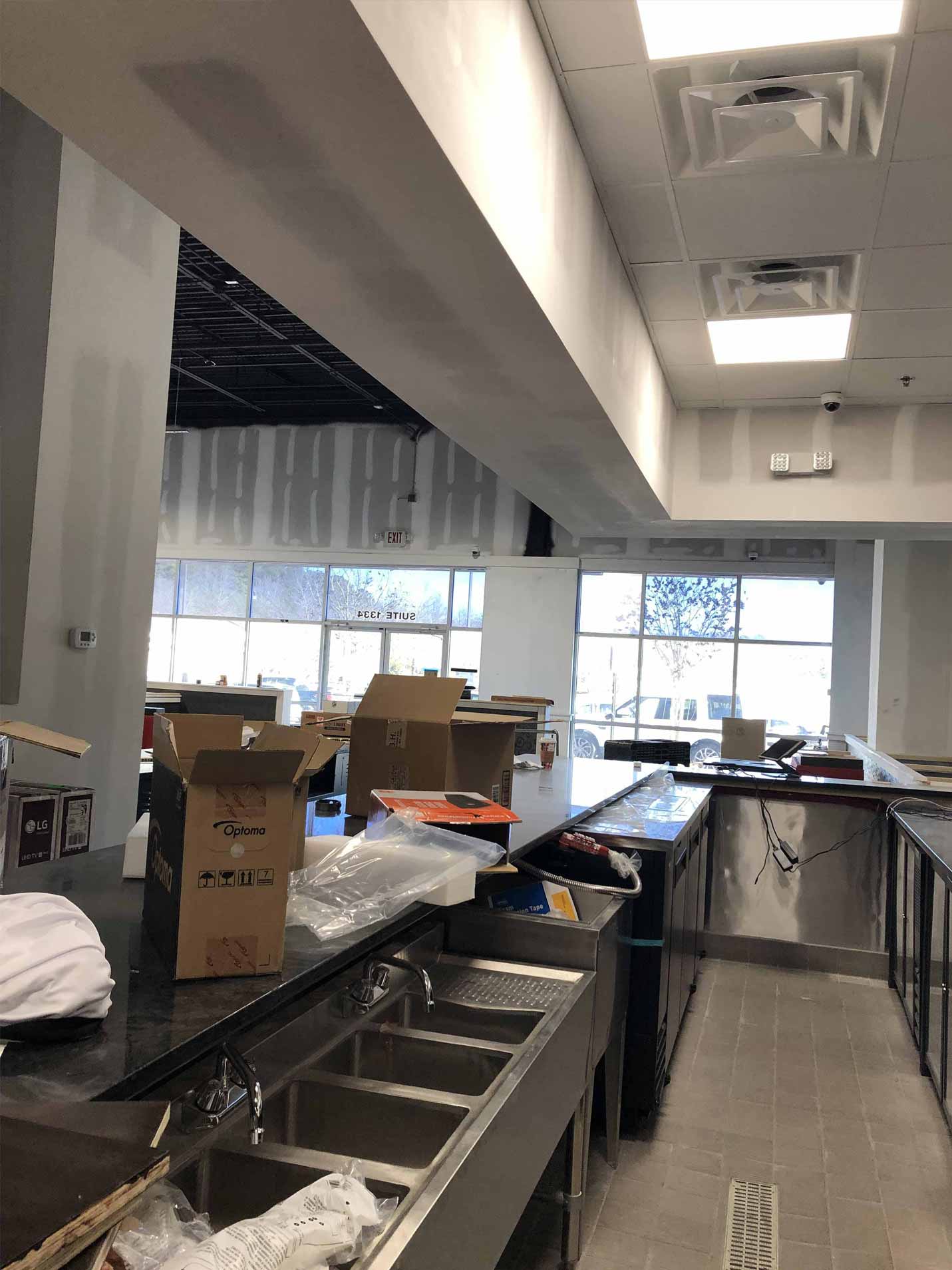 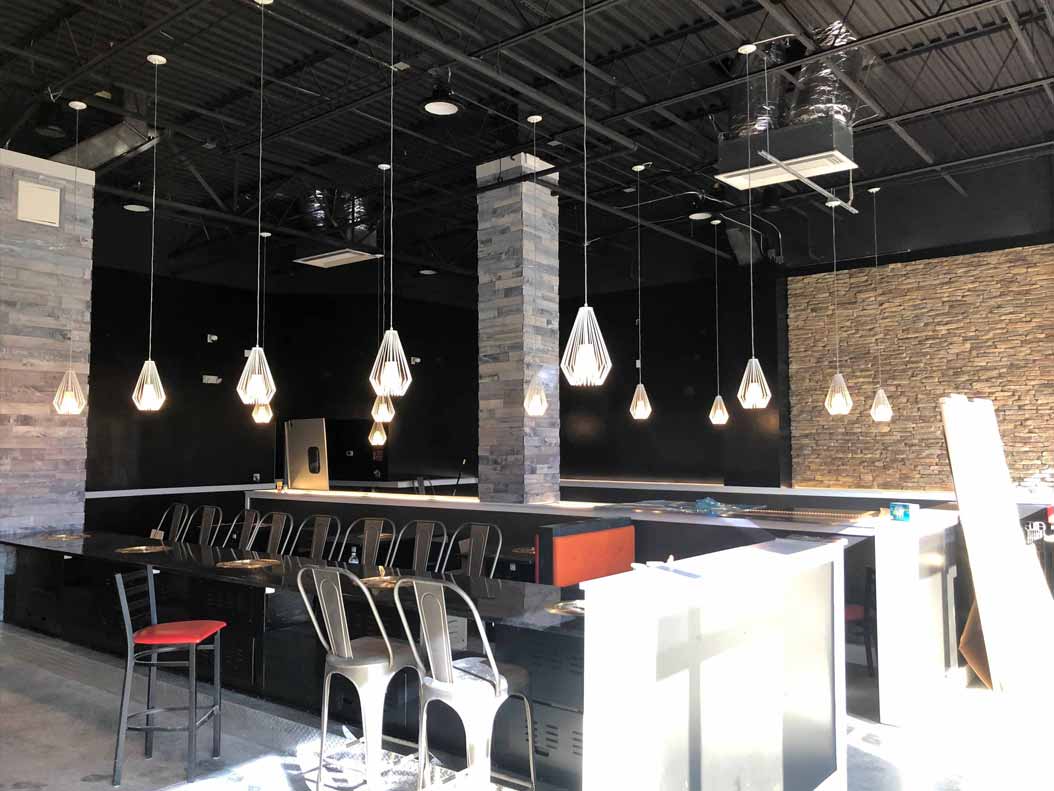 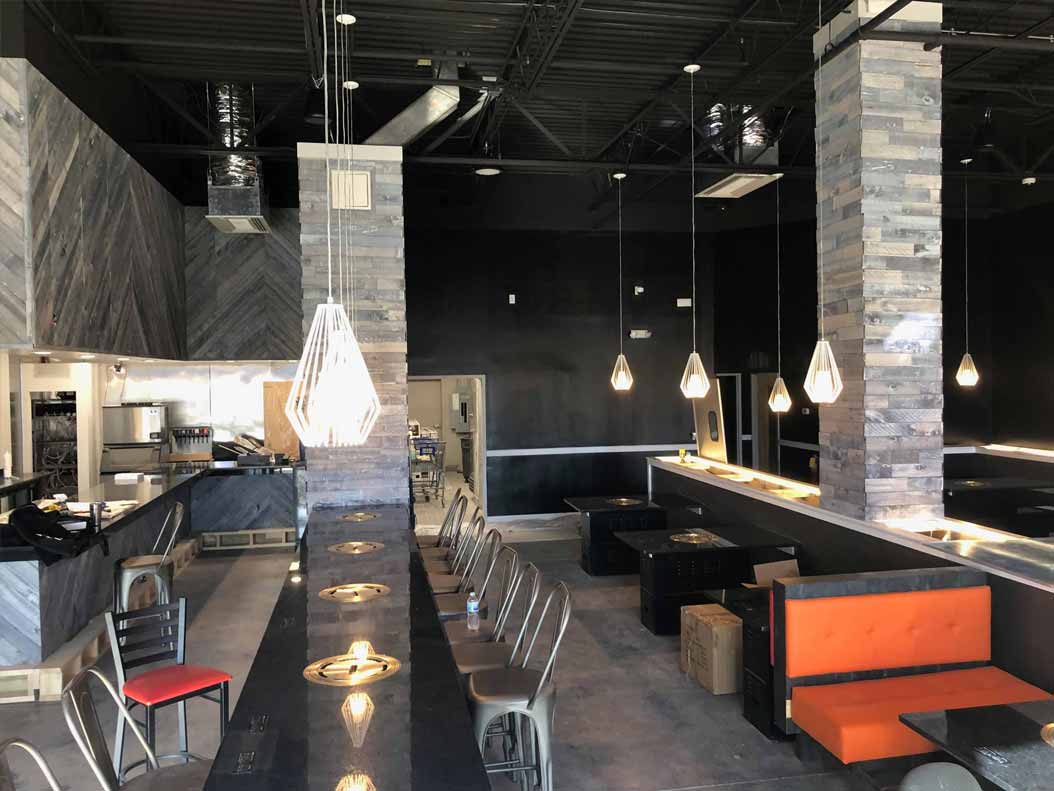 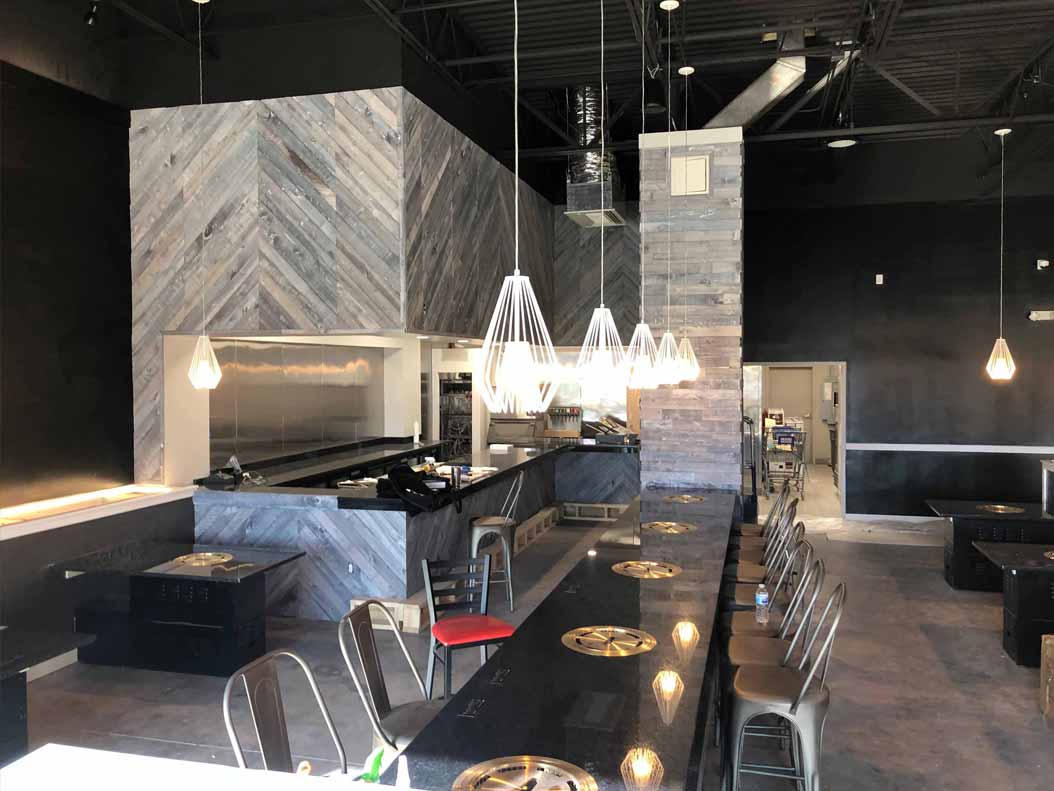 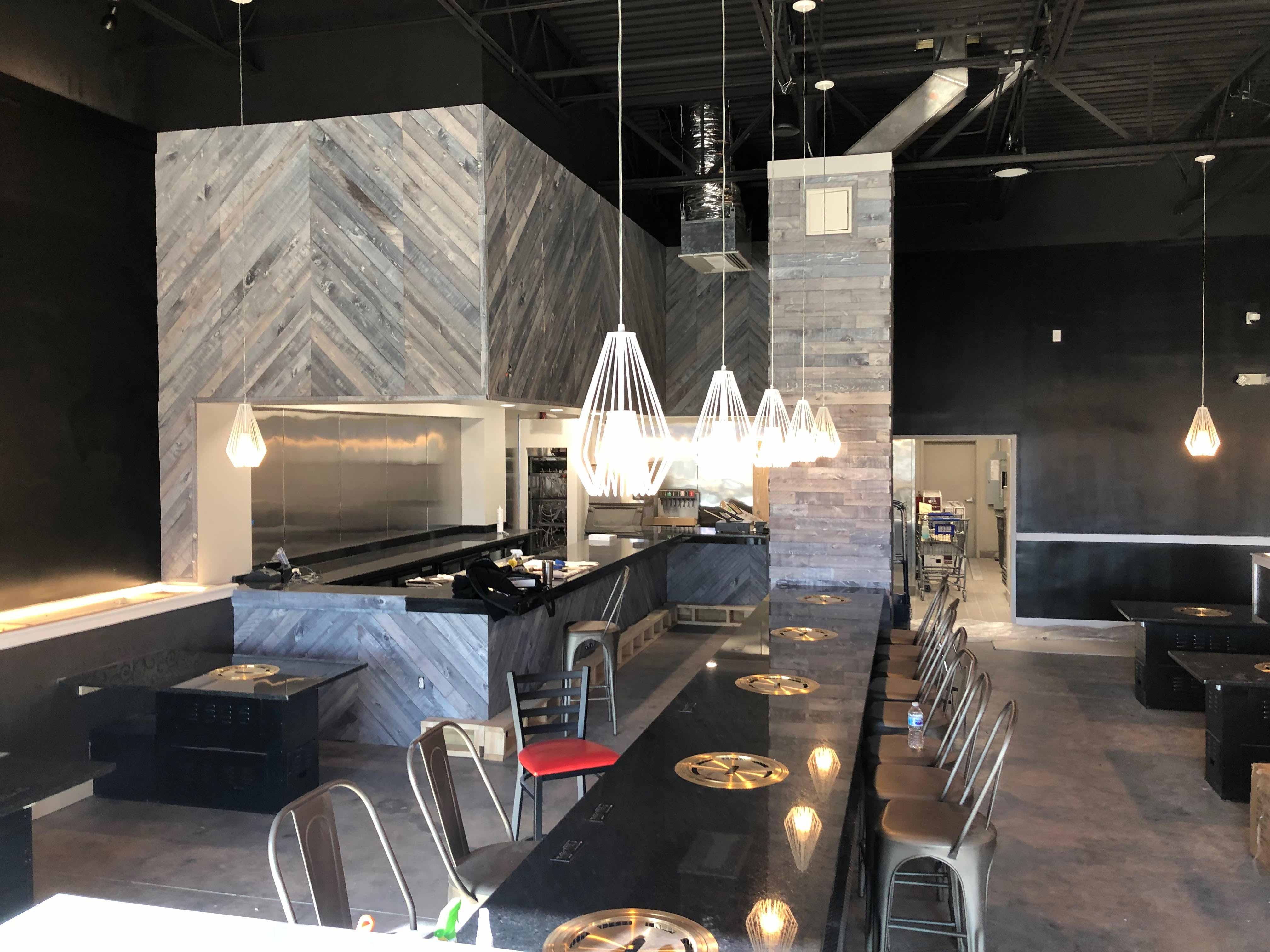 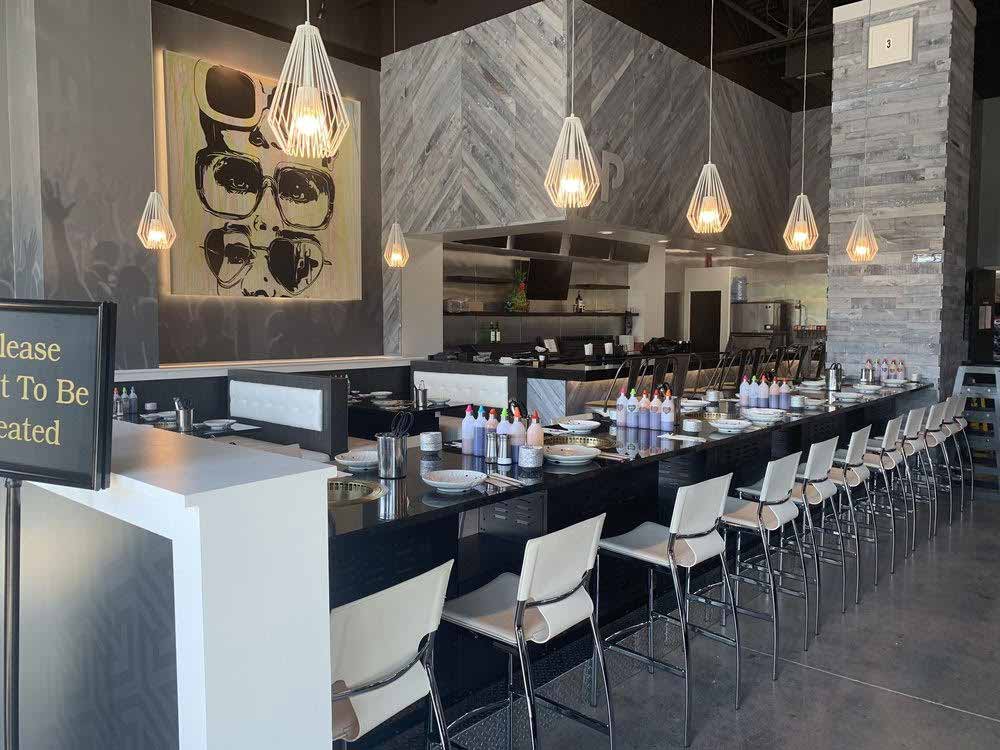