PINNOCHIO’S ITALIAN RESTAURANT, a fine restaurant franchise out of Denver, Colorado, is coming to Sandy Springs, Georgia. The owner, Kathy Gould, signed with Chandlee Construction Company in early January 2016 for the design and build of the first Pinnochio’s in Georgia. This restaurant build is located less than two miles from another restaurant build by Chandlee Construction, the Urban Cookhouse Restaurant in the Sandy Springs Gateway.

The contracts for the construction phase of this project were wrapping up as the MEP engineering was nearing completion by the middle of January. The project is under the supervision of Senior Project Manager, Kenneth Rybnikar. The scope of the construction for this commercial business is to first demolish the interior of the existing space and install new plumbing, electrical, lighting, HVAC, and flooring.

Demolition ended on January 15. Framing was complete by Friday, the 22nd – the rough-in of the electrical, plumbing and HVAC was to begin that day, but the project was interrupted by Storm Jonas moving across the east coast bringing torrential rains, snow and dropping temperatures. Kenneth and the Chandlee crew were back at work on Monday and two weeks later all of the rough-in work was finished, one side of the drywall was hung and the open ceiling had been painted. Drywall work and finish along with the installation of the ceiling grids took two more weeks. The weather was very cold but work continued at full force. The tile work was performed at month’s end.

Pinnochio’s Italian Restaurant is located in the boutique center of Hammond Springs at 5975 Roswell Road in Sandy Springs, Georgia – the center recently underwent an extensive renovation that included landscaping and architecture. 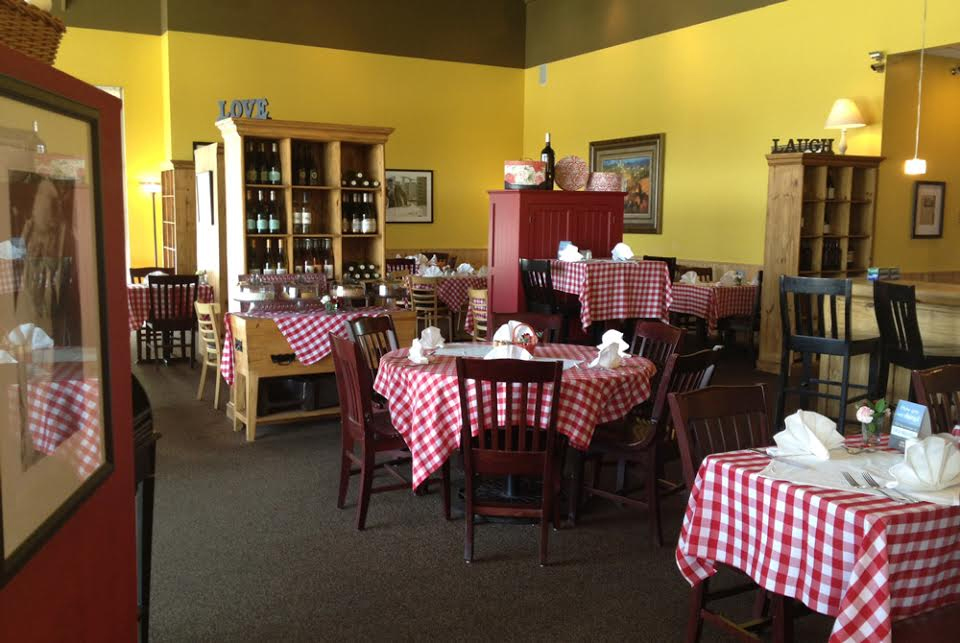