Chandlee Construction Company finalized a contract with Margaret Adams, as MJAS & Max, LLC, on February 14, 2019 for the build-out of a Smoothie King franchise in Gwinnett County, Georgia. The project was scheduled to begin the second week in January 2019 but was held up waiting on approval of the environmental plans. A Change Order was signed on March 6 for the cost of the building permit.

Carey Hughes, Senior Project Manager for Chandlee Construction, was responsible for this commercial build-out project. L.& P. Design and Architecture of Akron, Ohio provided the architectural and engineering. The project was scheduled for seven weeks to completion.

The design includes two wood benches outside the front doors, small table seating inside with an extensive service bar, a retail area, and a public handicap access restroom in the customer service portion of the store. Behind the counter are freezers, cold storage, stainless steel prep surfaces and sinks. The back space of the store has a handicap access restroom for employees, a storage room, additional food preparation and storage components, a sink, plus an office. A business of this type requires a variety of food preparation and food preservation appliances and components.

The work begins with some demolition and cutting into the concrete floor to create a trench for the grease trap. Our crew also constructed piers, curbing and sidewalks outside the space. The carpenters installed fire blocking. The roof was penetrated for utilities and repaired accordingly. Studs, drywall and fiber-reinforced panels were erected for a demising wall, interior walls, soffits and some ceiling repairs. Ceiling grids were installed, and acoustical tiles were added. Most of the concrete was covered with ceramic tiles and base – vinyl tile was installed in specific areas per the plans. Ceramic tiles were also added along the back wall of the food preparation areas and in the restrooms. Lam light beams were installed. We provide all restrooms accessories and fire extinguishers. Our HVAC contractor installed a 5-ton unit and a split unit for future use in a closet. This project also required extensive plumbing components including a grease trap, cold and hot water pipes, and piping for gas lines. And a fire sprinkler system was installed throughout the space. The electrical contractor installed panels and transformers- the light package was provided by the owner.

The demolition was about 70% complete by March 8. The framing contractors laid out the new walls and soffit and the plumber had the water and waste lines laid out as well as the lines for the grease trap.

This Smoothie King franchise is in Suite 405 at 6575 Sugarloaf Parkway. 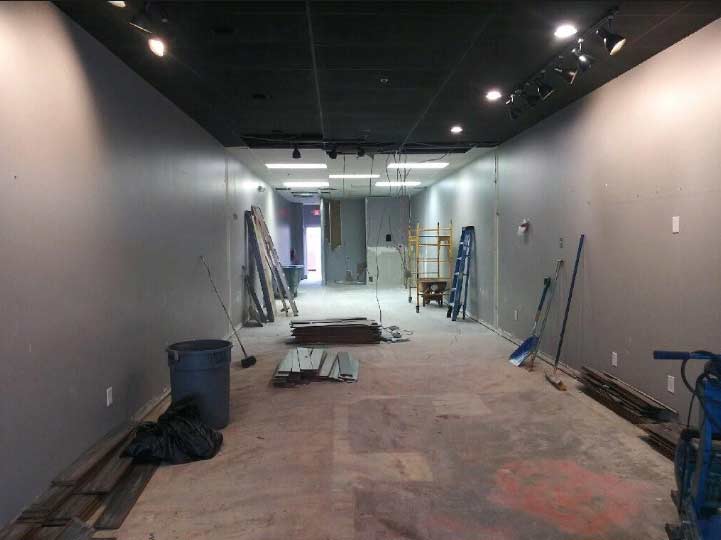 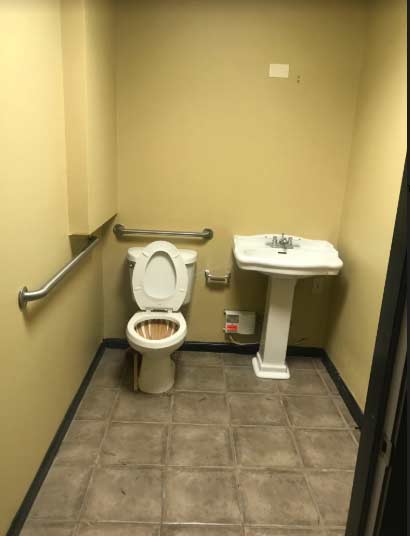 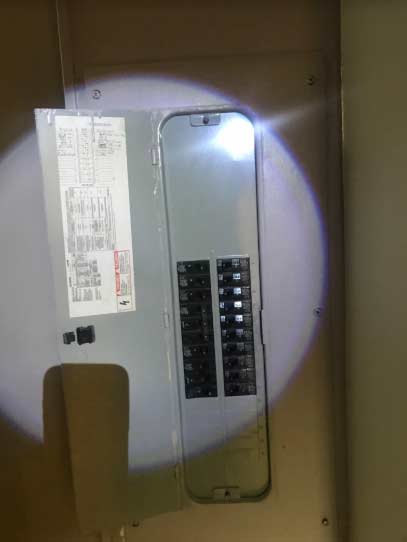 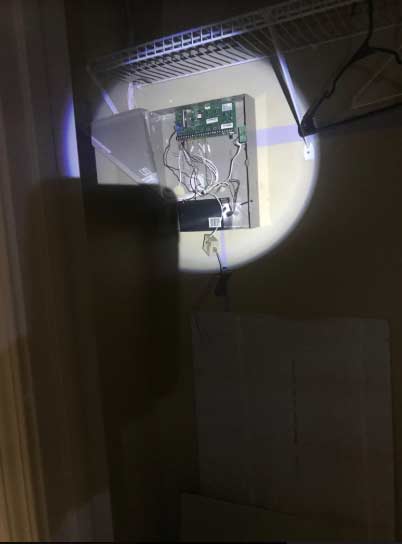 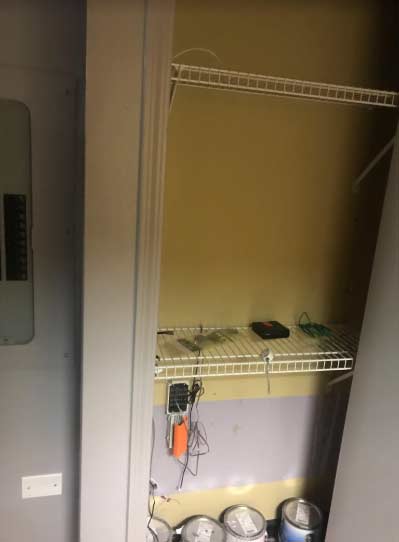 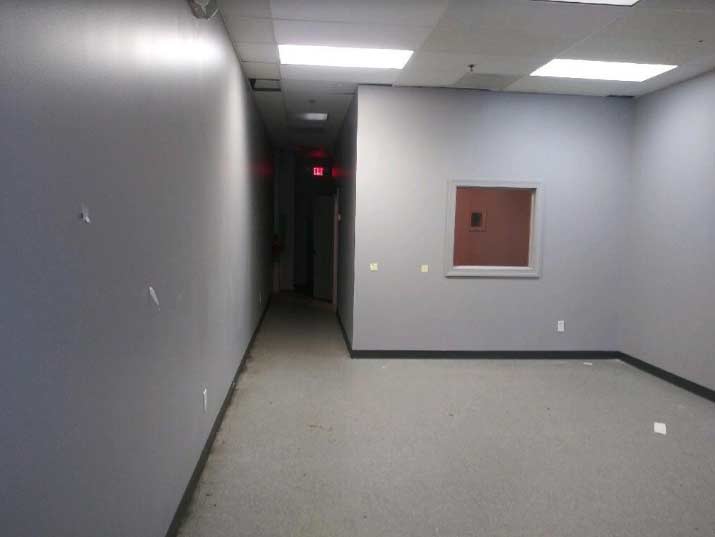 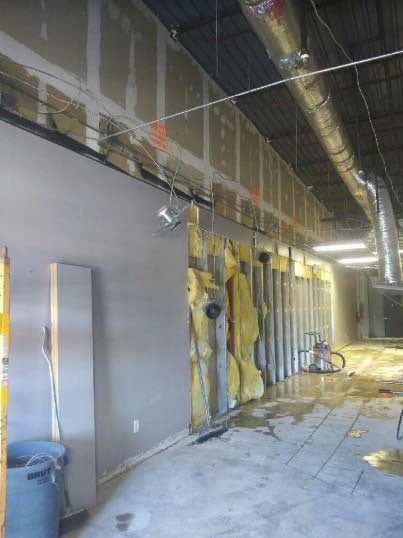 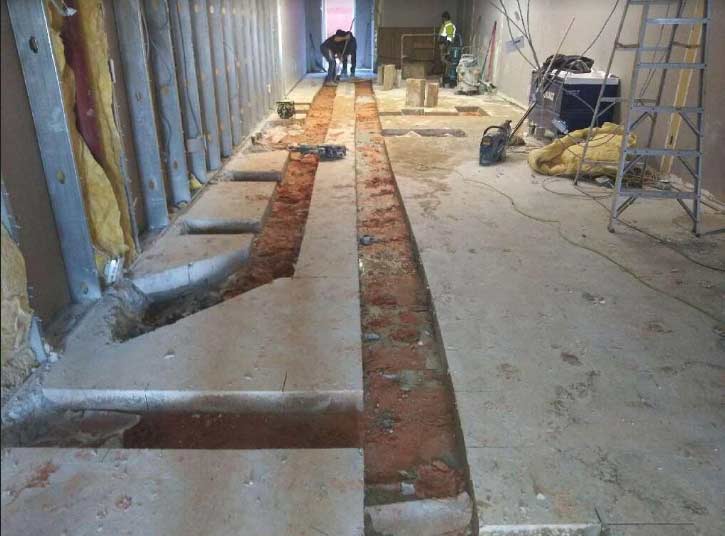 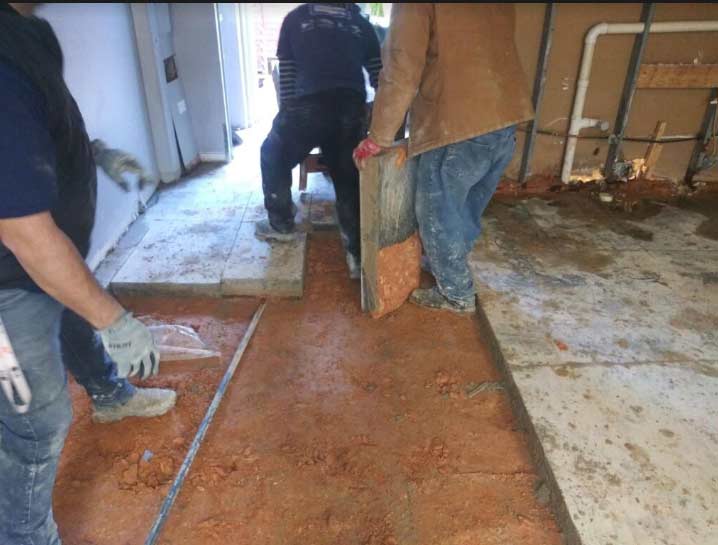 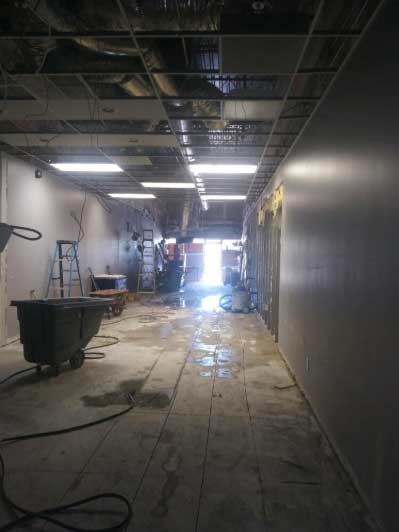 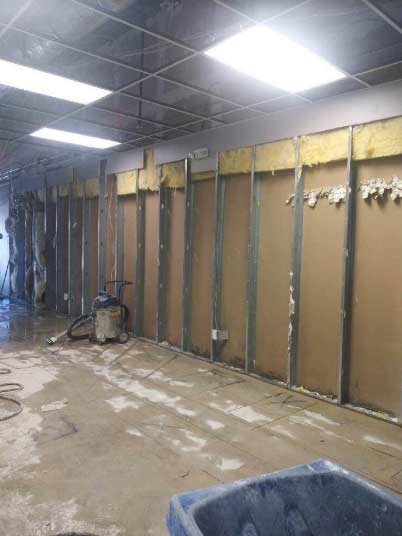 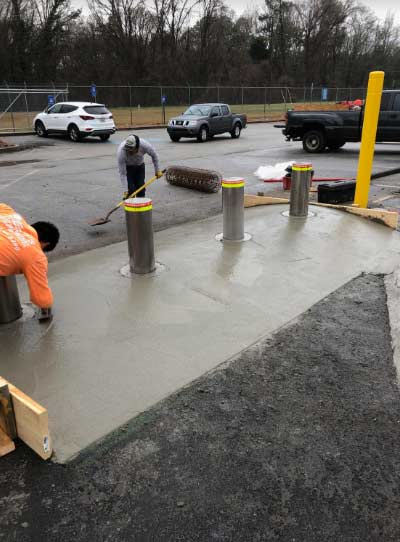 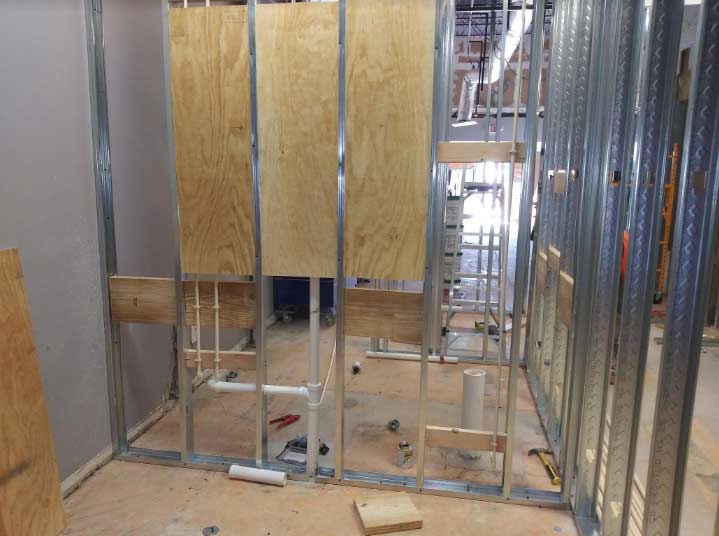 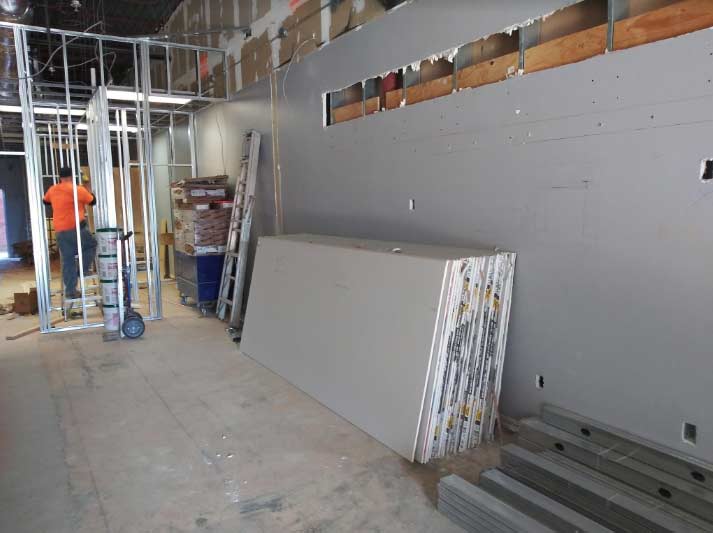 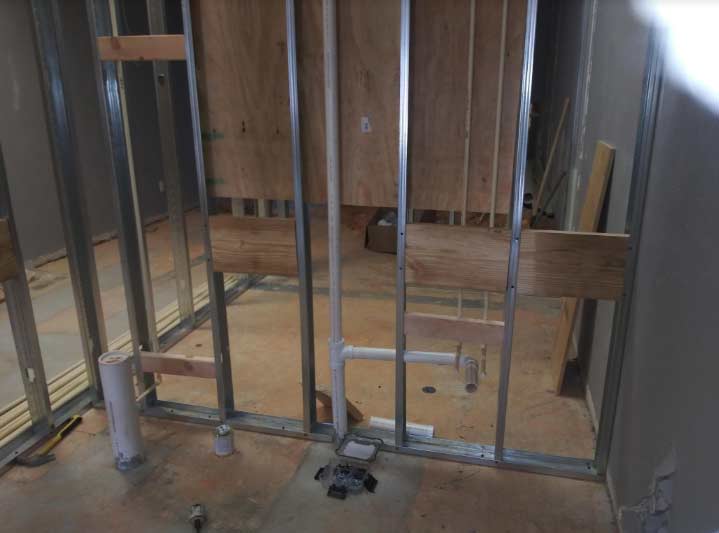 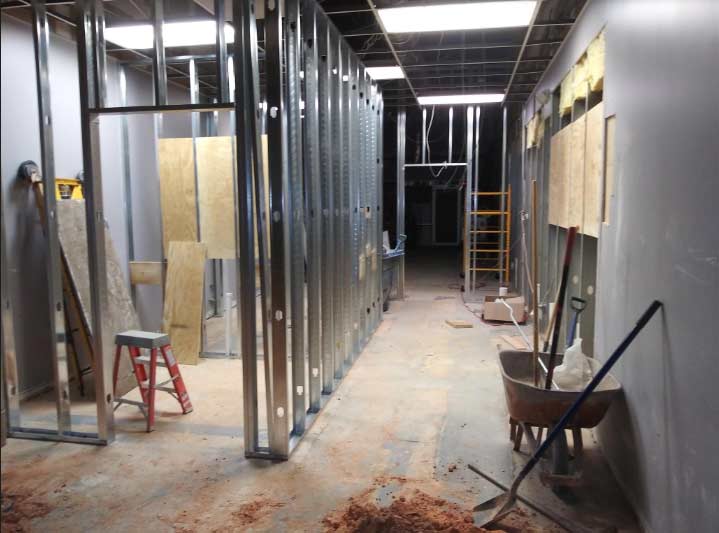 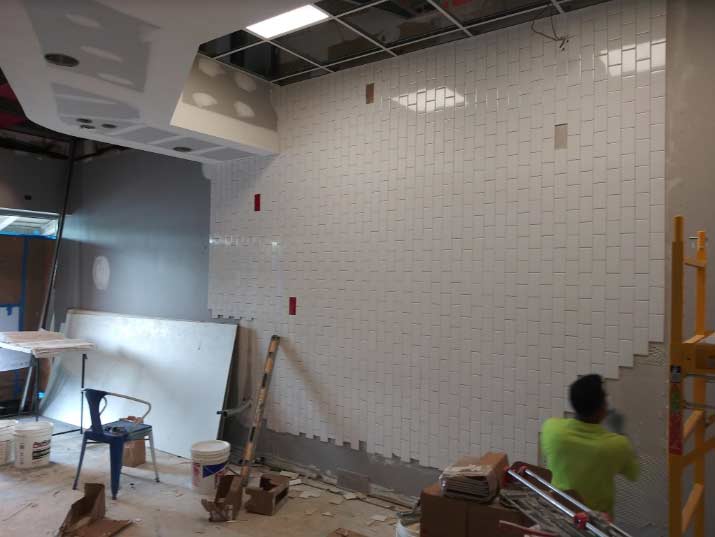 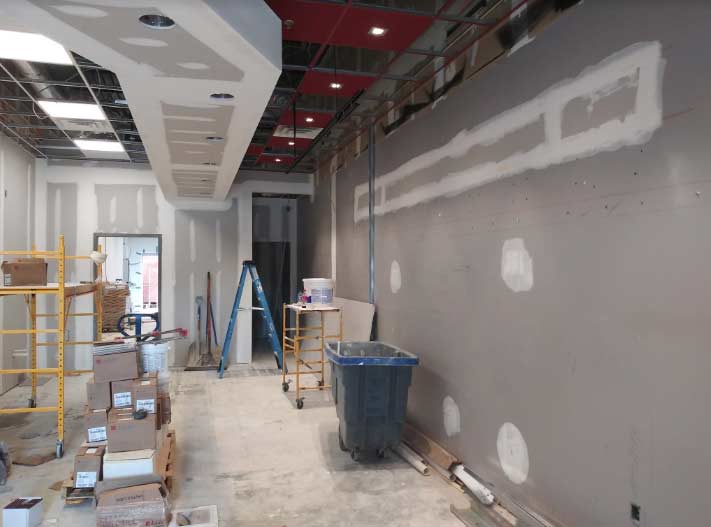 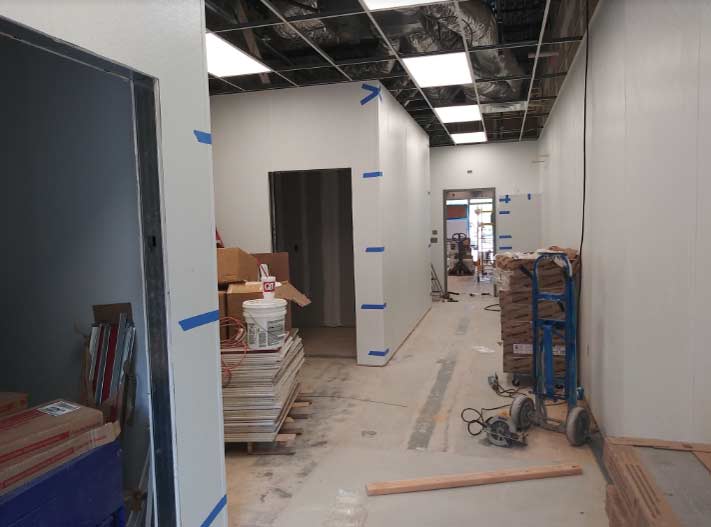 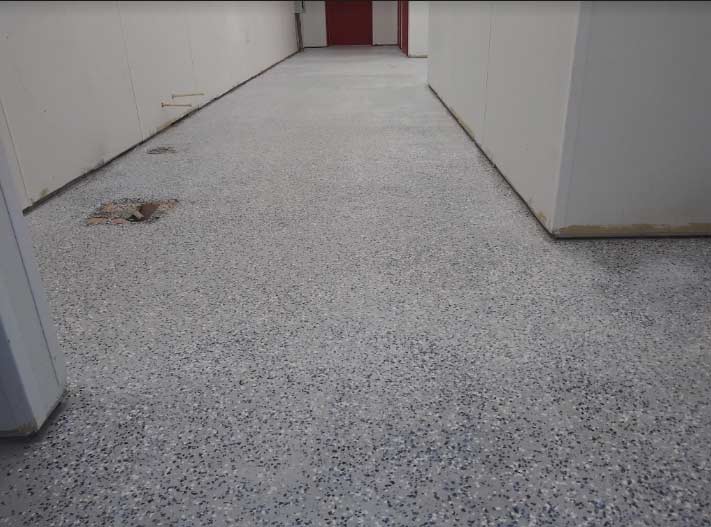 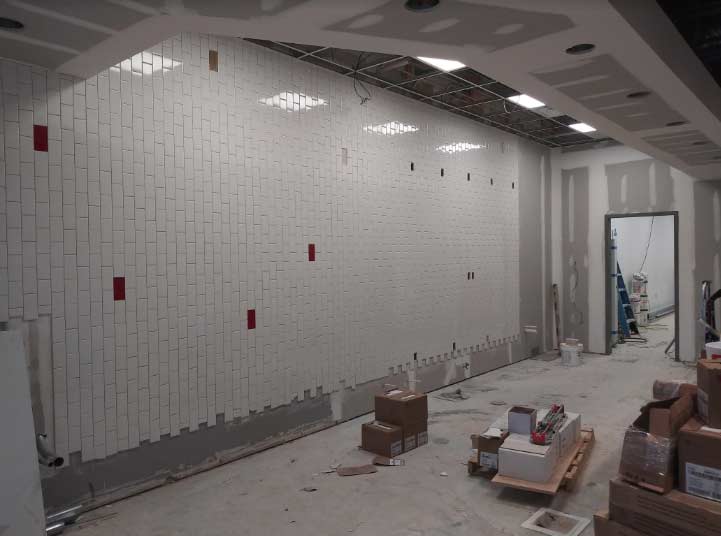 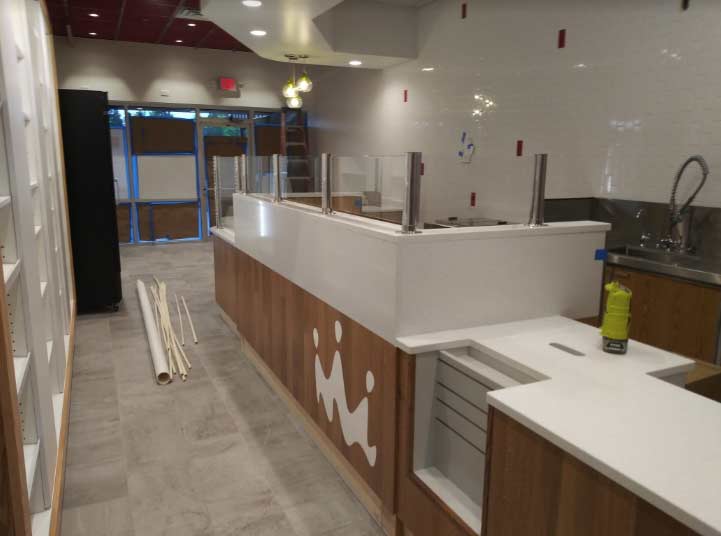 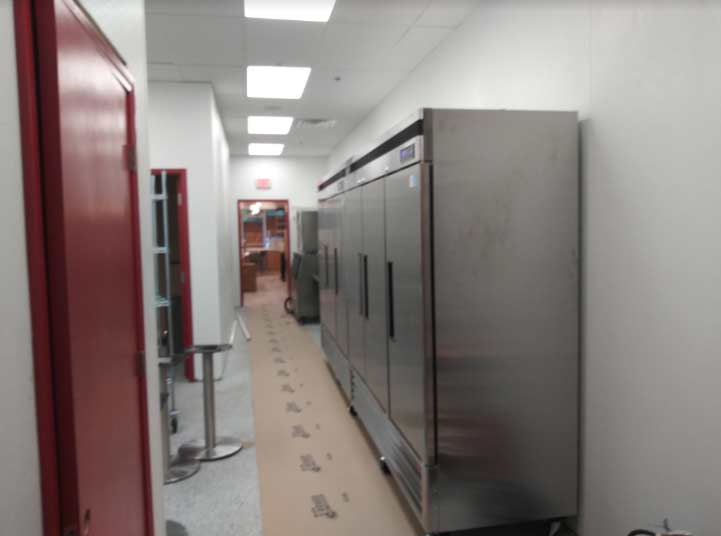 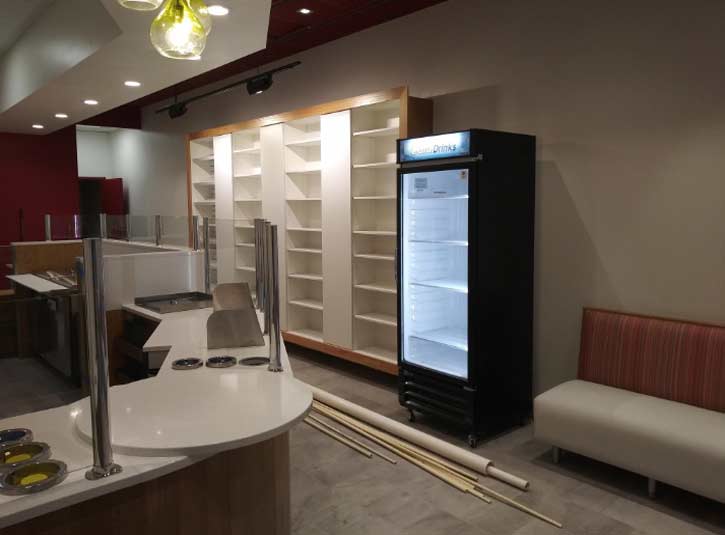 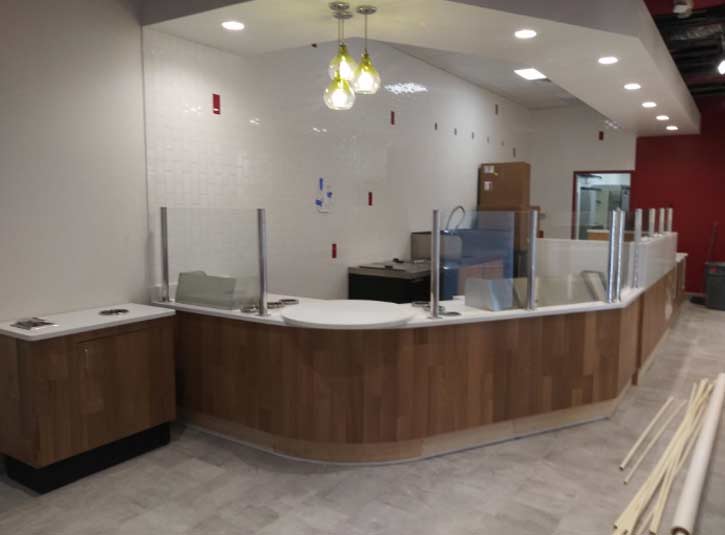 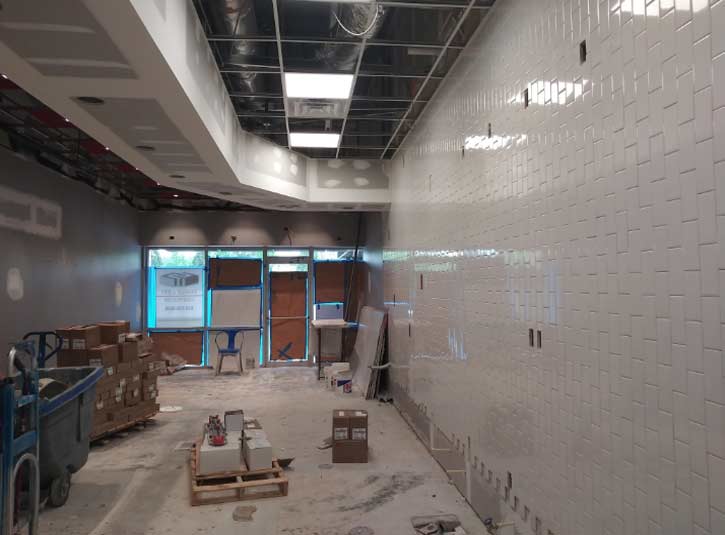 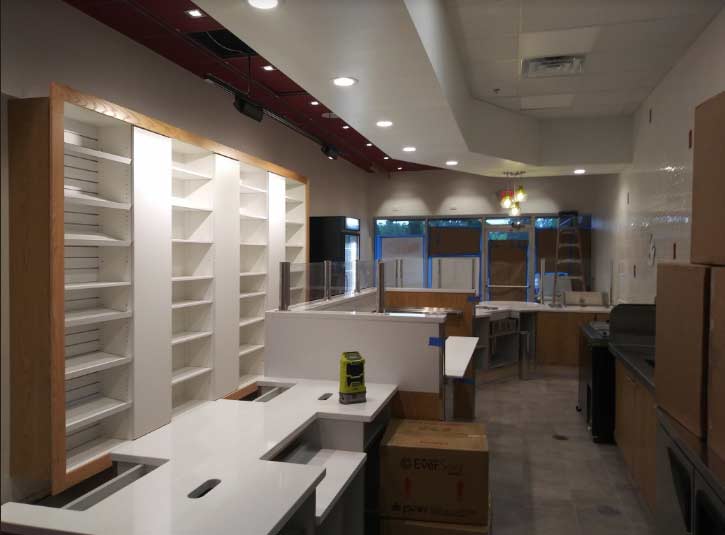 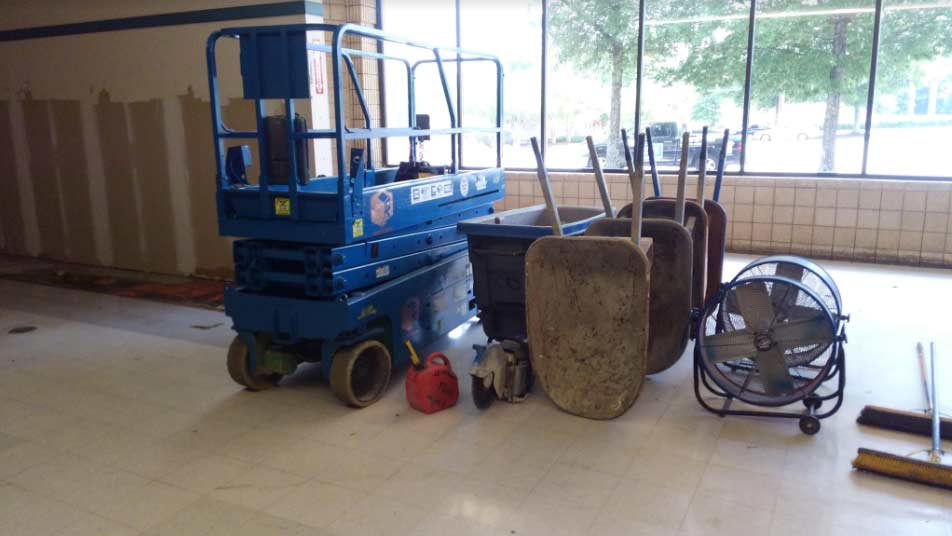