Chandlee and Sons Construction Company signed a contract on August 3, 2016 with Jarrod Johnson of JMJ Franchises, Inc. for the build-out of a SMOOTHIE KING location in Rome, Georgia in a previously used space.

Demolition began the second full week of August continuing into the following week. Senior Project Manager, Carey Hughes, was on site August 10 to access the project, shoot photos as work began and receive delivery from L&W Supply of the framing, drywall and acoustical ceiling materials.

On Monday, August 15, a Chandlee and Sons’ administrator ordered a traffic door from Chase Doors to be delivered in two weeks and the framing crew began on site. Electrical rough in began the next day and the HVAC rough in began two days later. Monday week the IT rough in was started and the sheetrock crew began hanging one side of the drywall. The crew was on hand on August 25 to cut into the slab so the rough in of the plumbing could begin the day after.

The inspection of the slab is scheduled for August 30, the 50% Fire Inspection for Friday, September 2, and the Wall Cover Inspection for September 5. The crew will begin installing the wall insulation the next day, hang the drywall on the other side and finish the sheetrock. Rough in of the acoustical ceiling tiles is scheduled to begin on the 8th along with installing doors and jams. The Ceiling Inspection is scheduled for the next day, finish painting and wall and floor tile installation will begin. 80% Fire Inspection was on tap for the 19th. The following day the painting was completed. The walls and the floor work was complete two days later. The installation of the LAM Light beams was completed on the 26th and on that day the crew began to install the cabinets and kitchen equipment. The punch out was the 28th, the EMP trim out was done the next day with cleaning and the final inspection the day after. 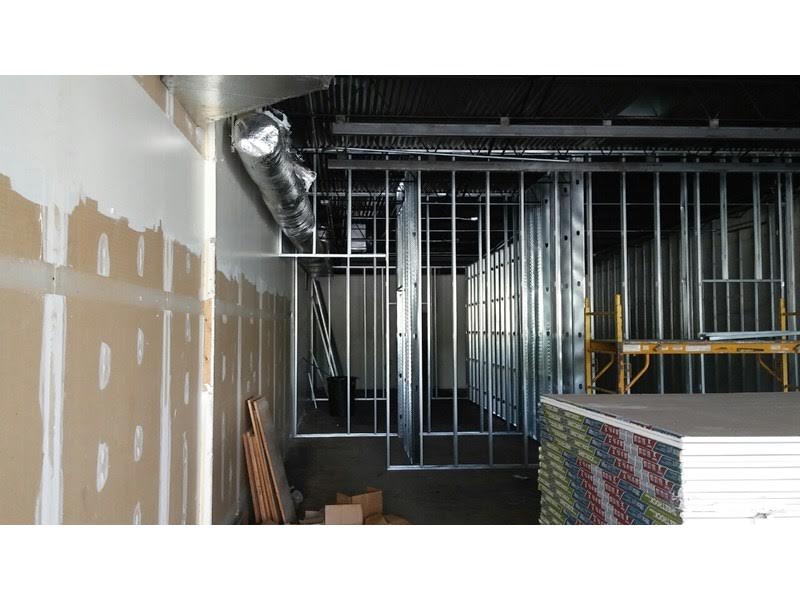 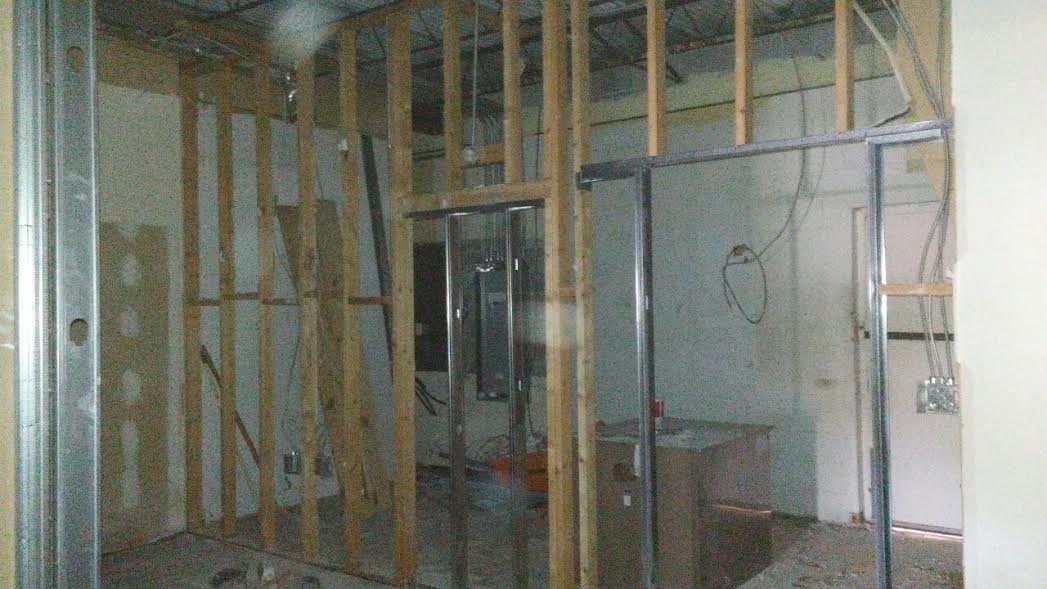 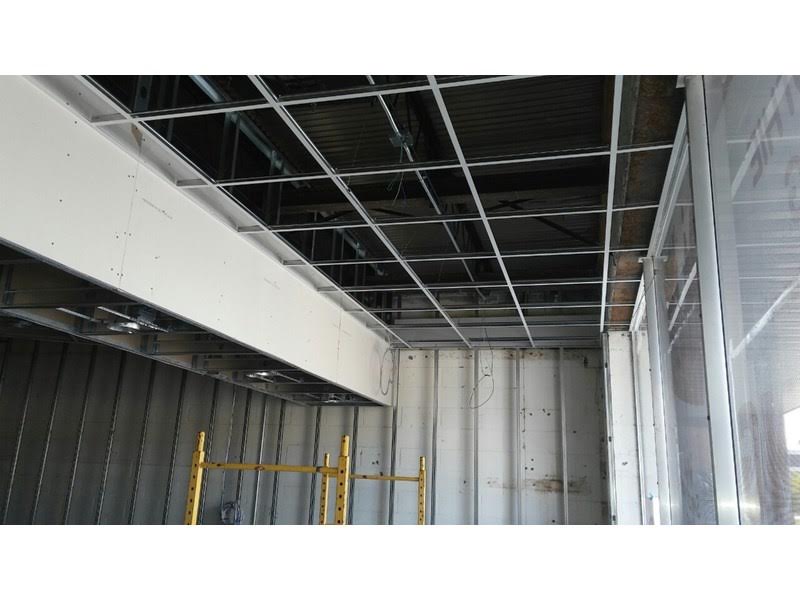 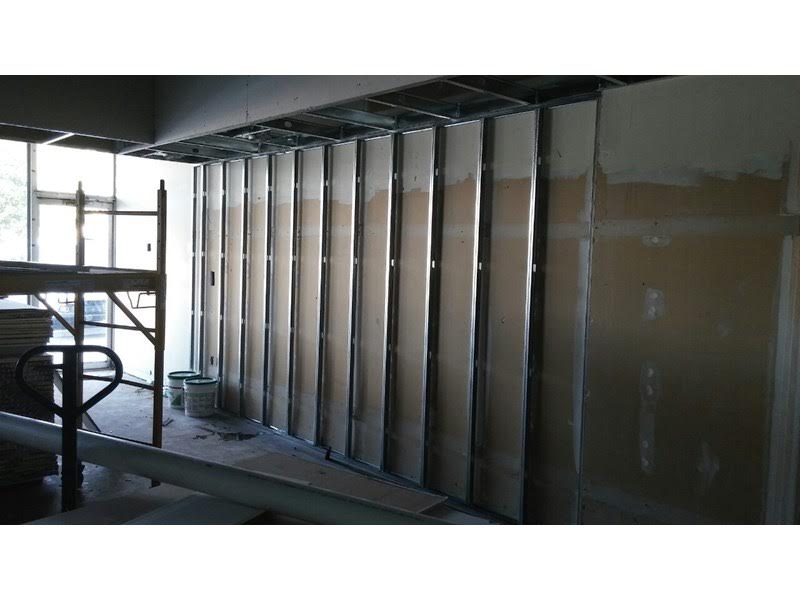 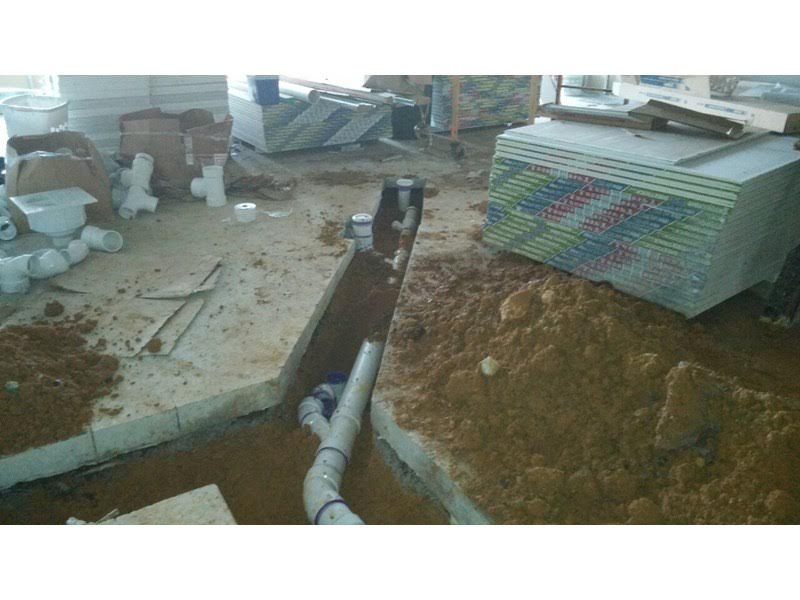 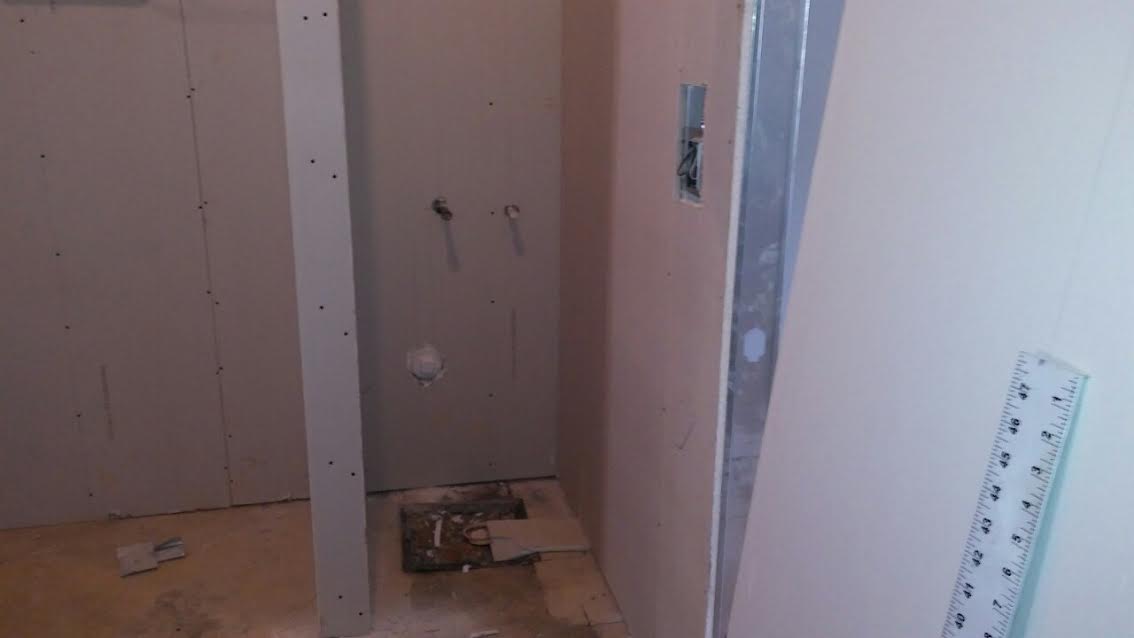 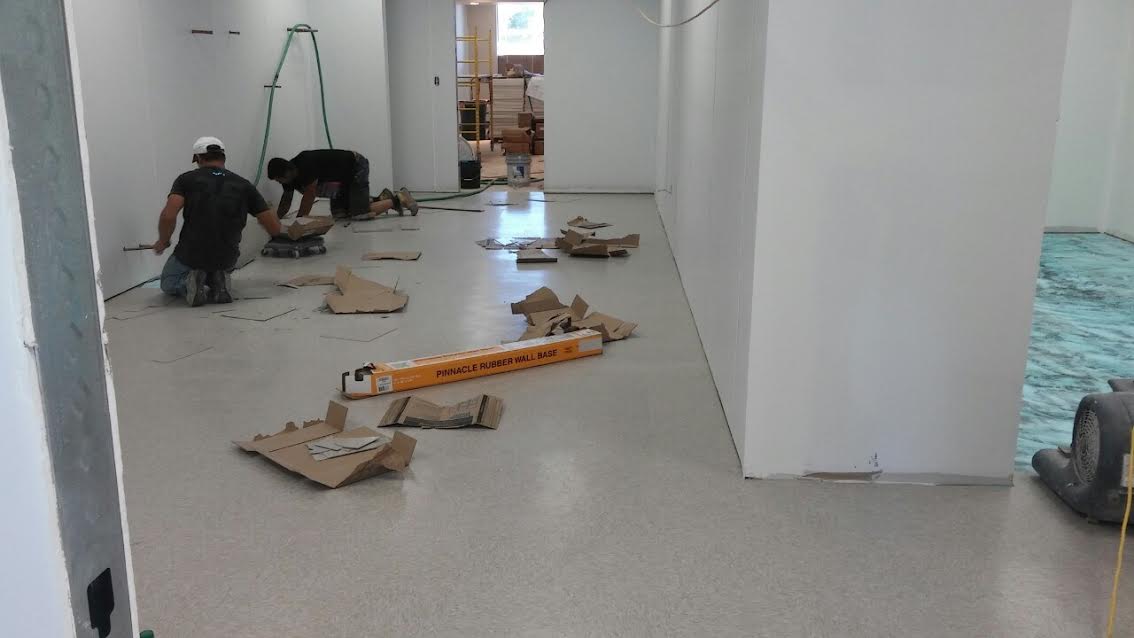 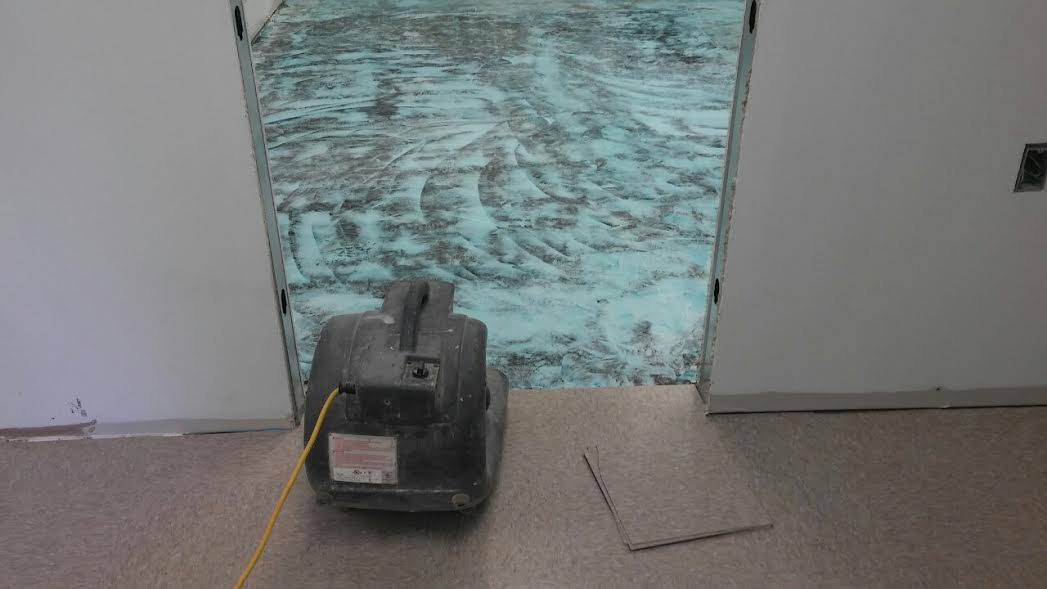 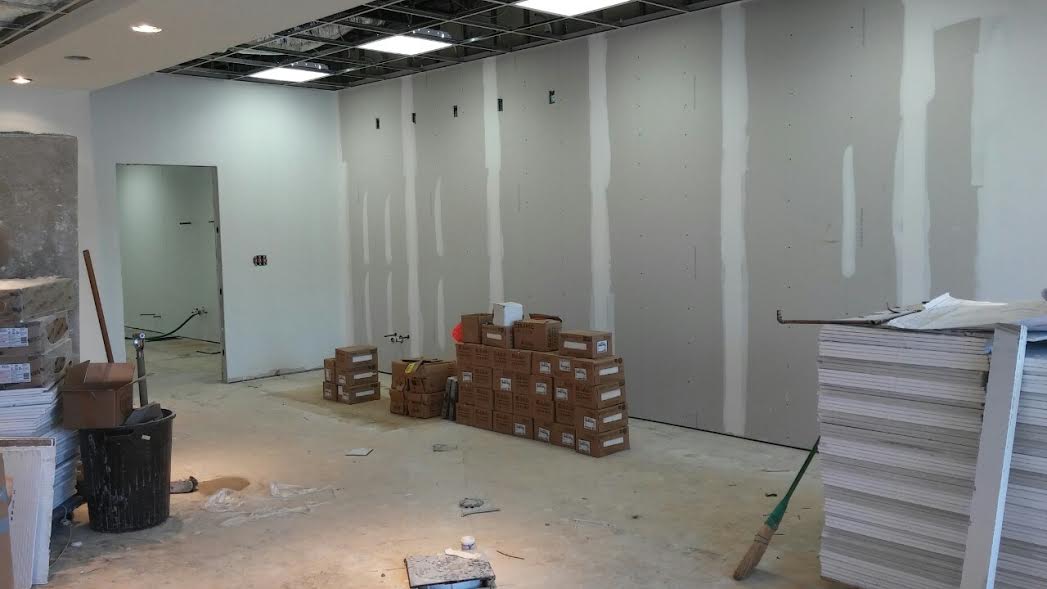 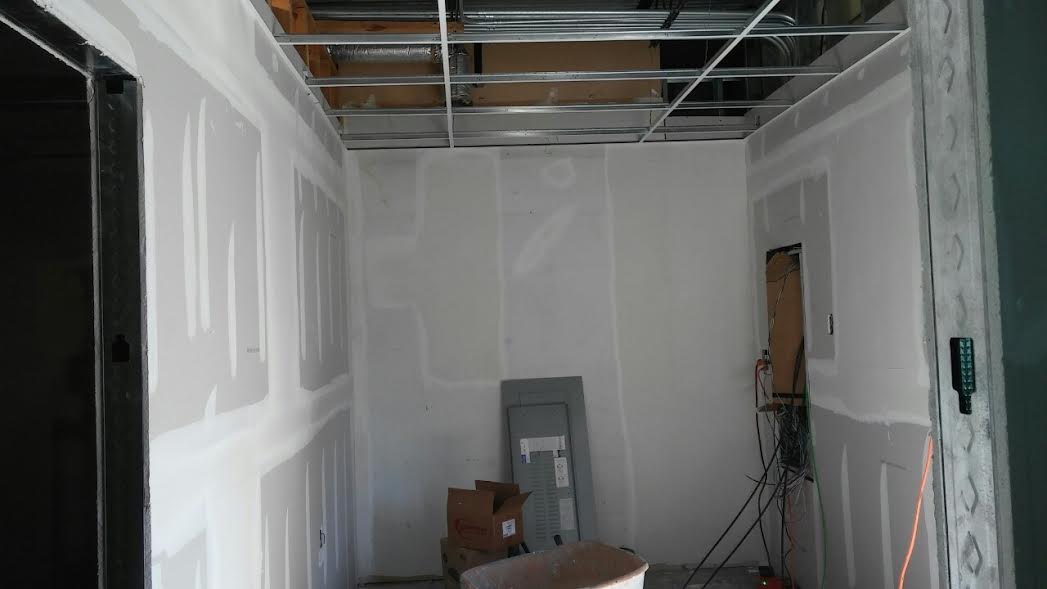 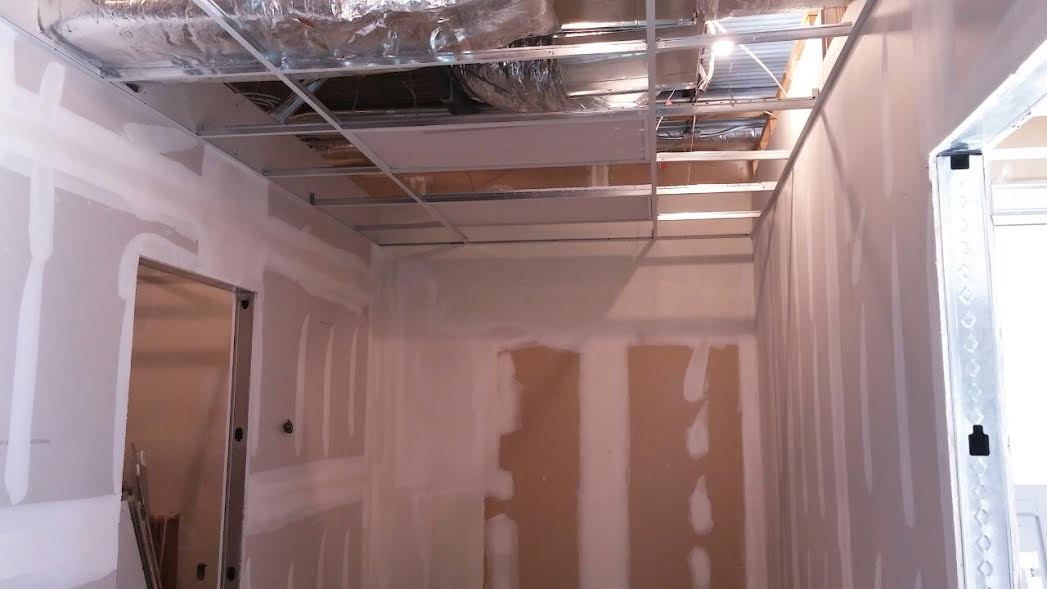 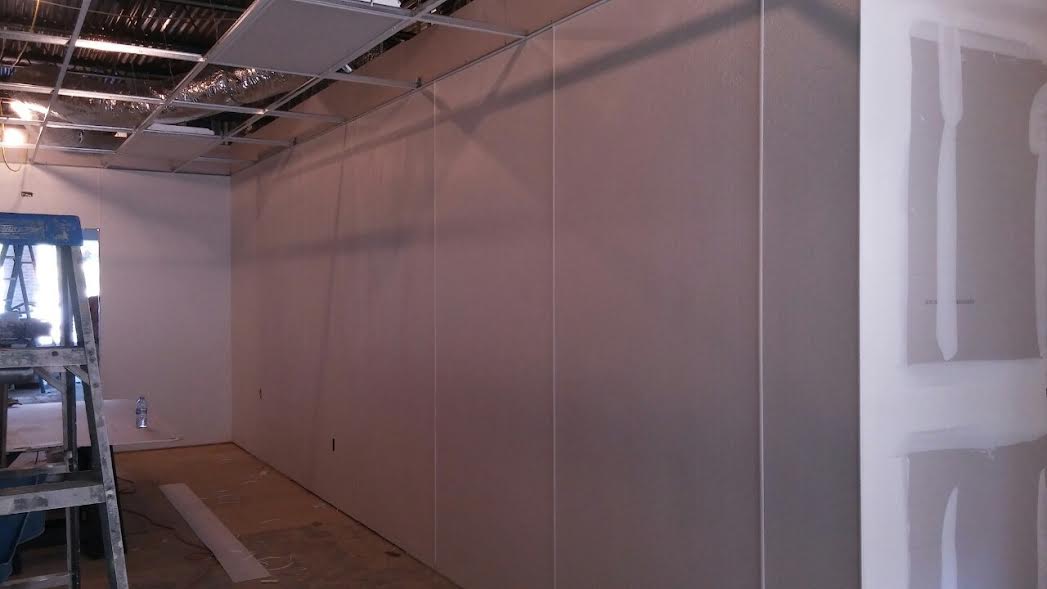 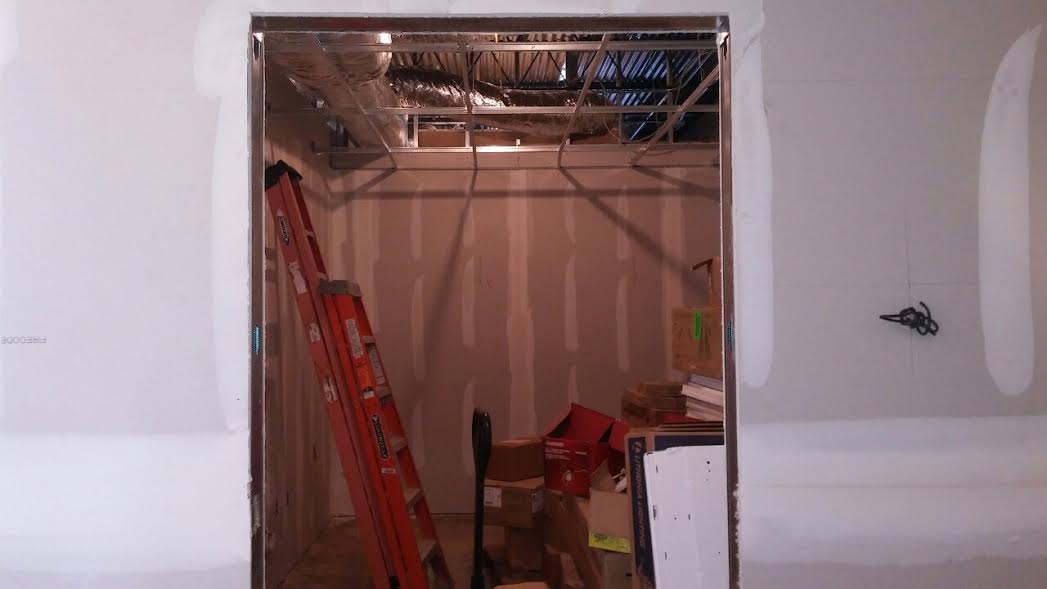 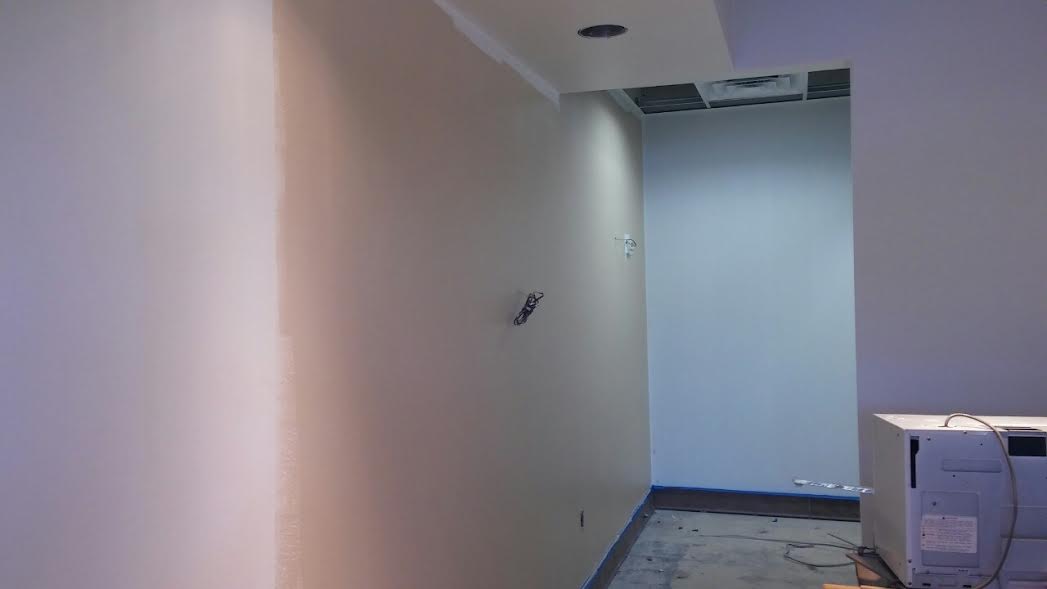 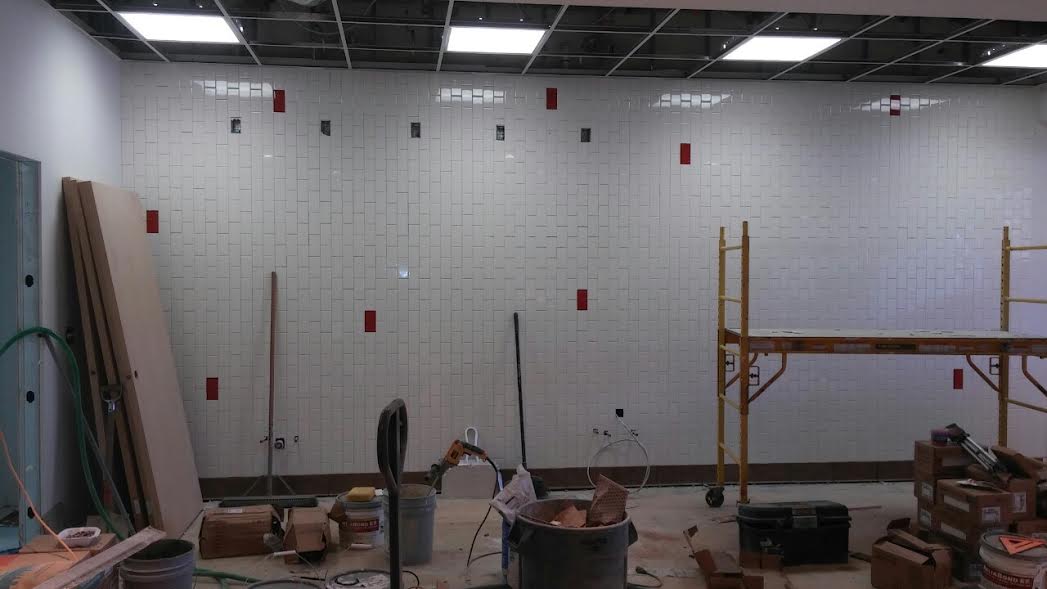 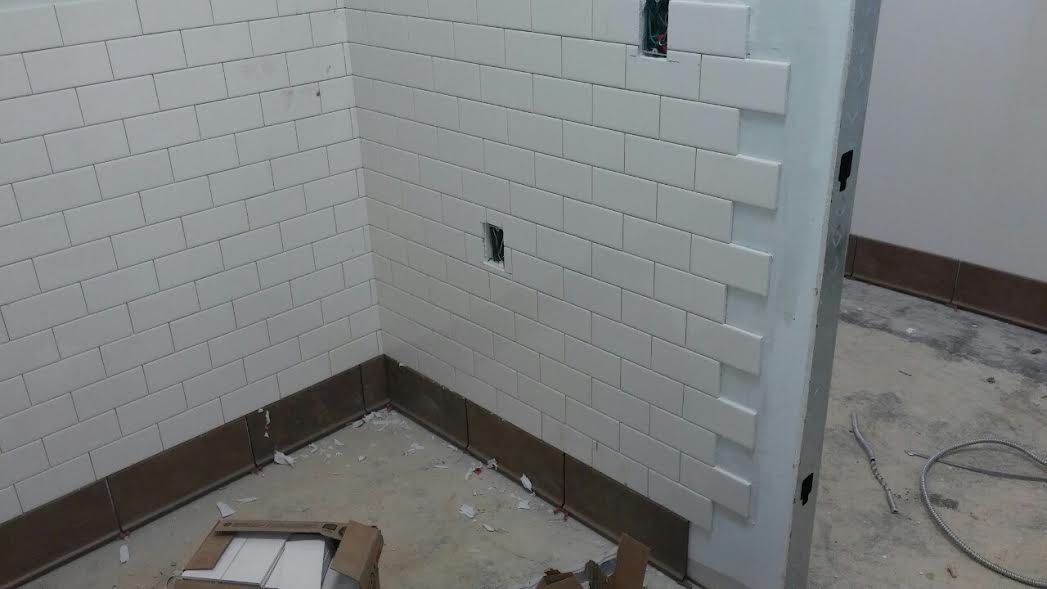 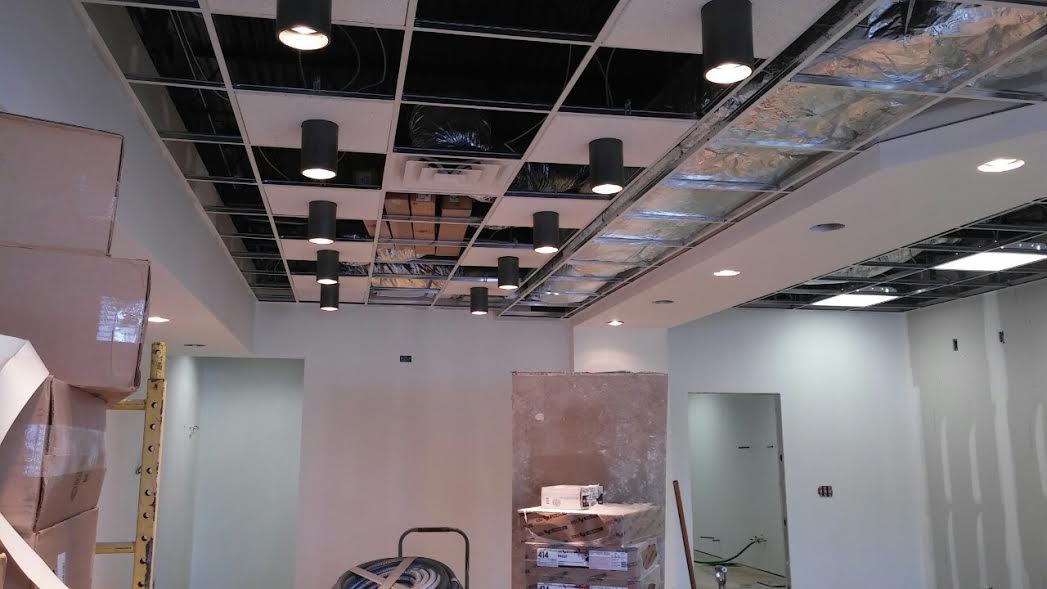 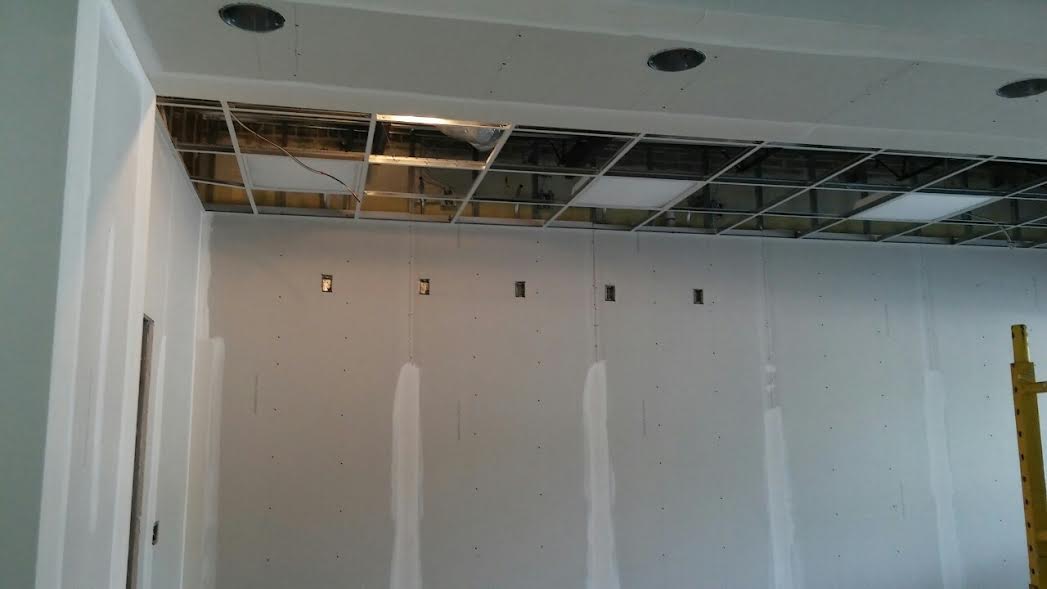 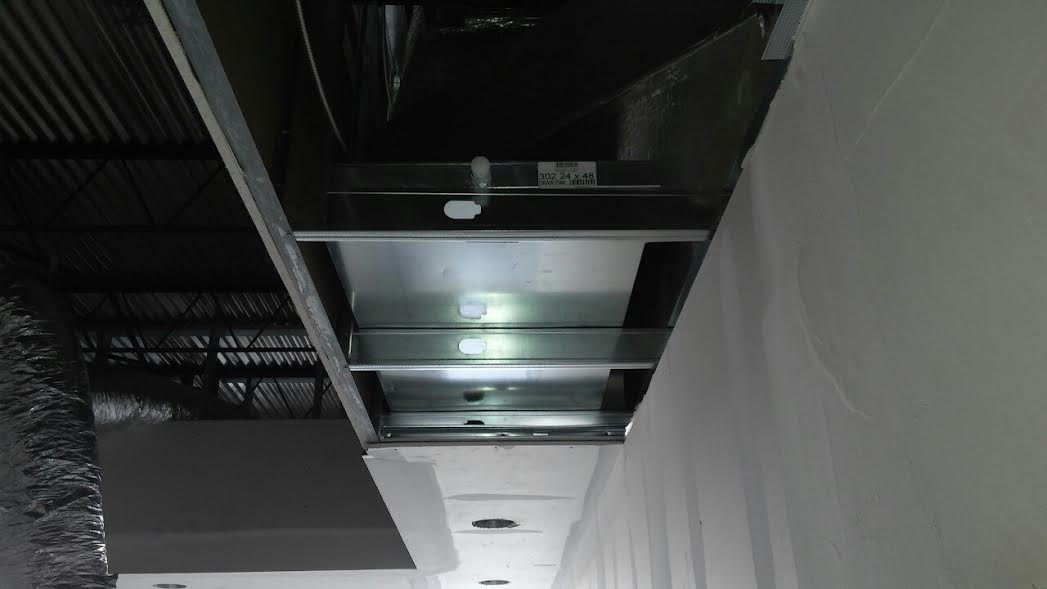 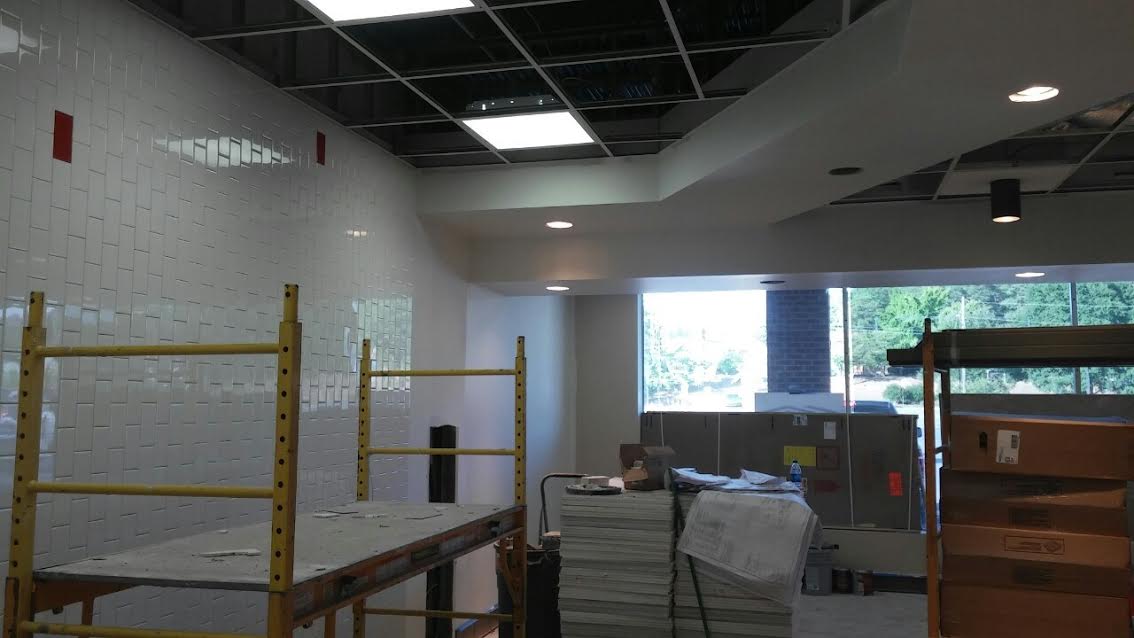 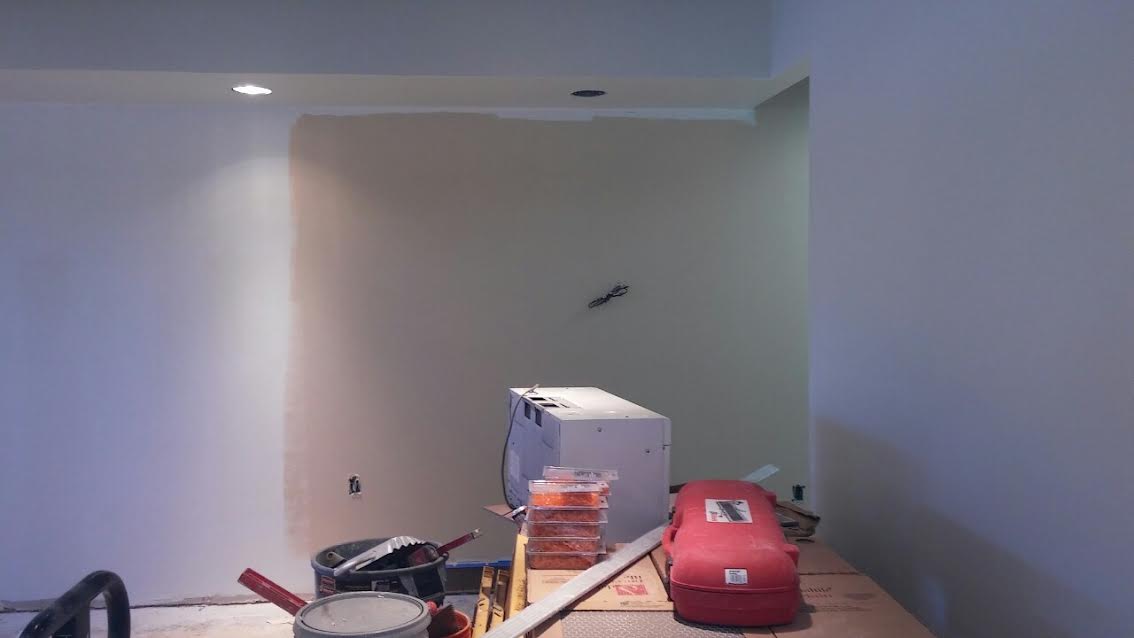 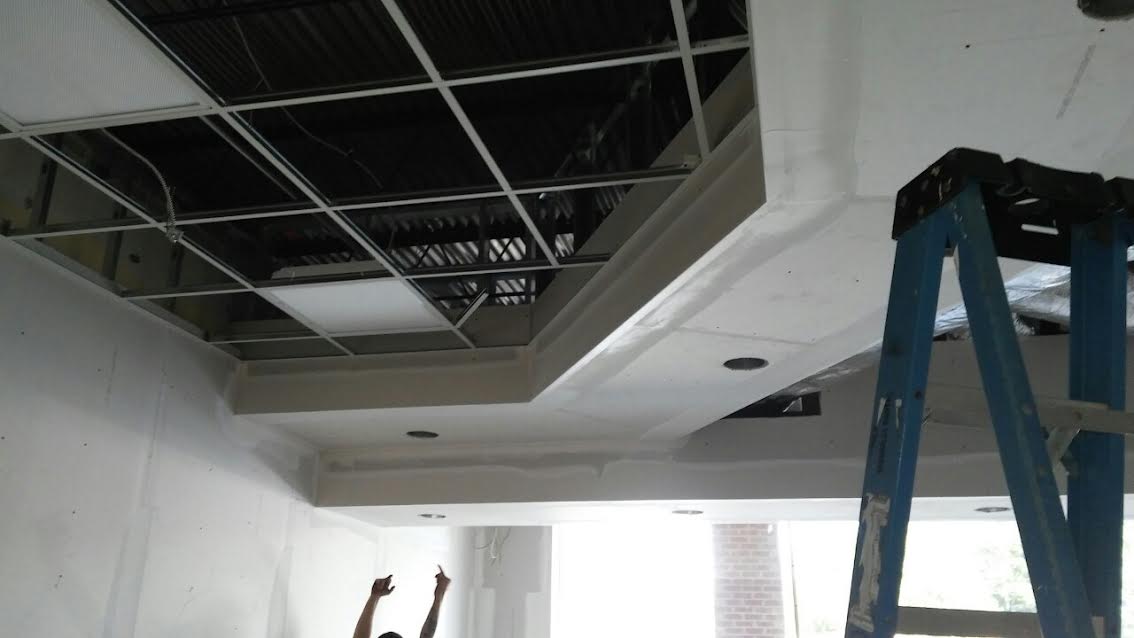 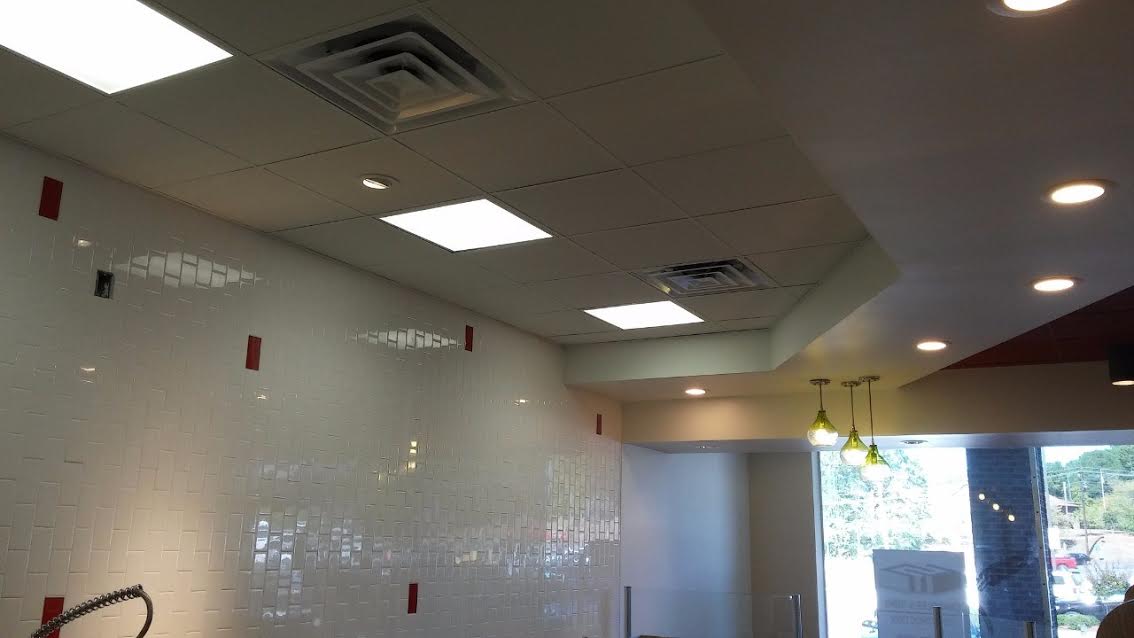 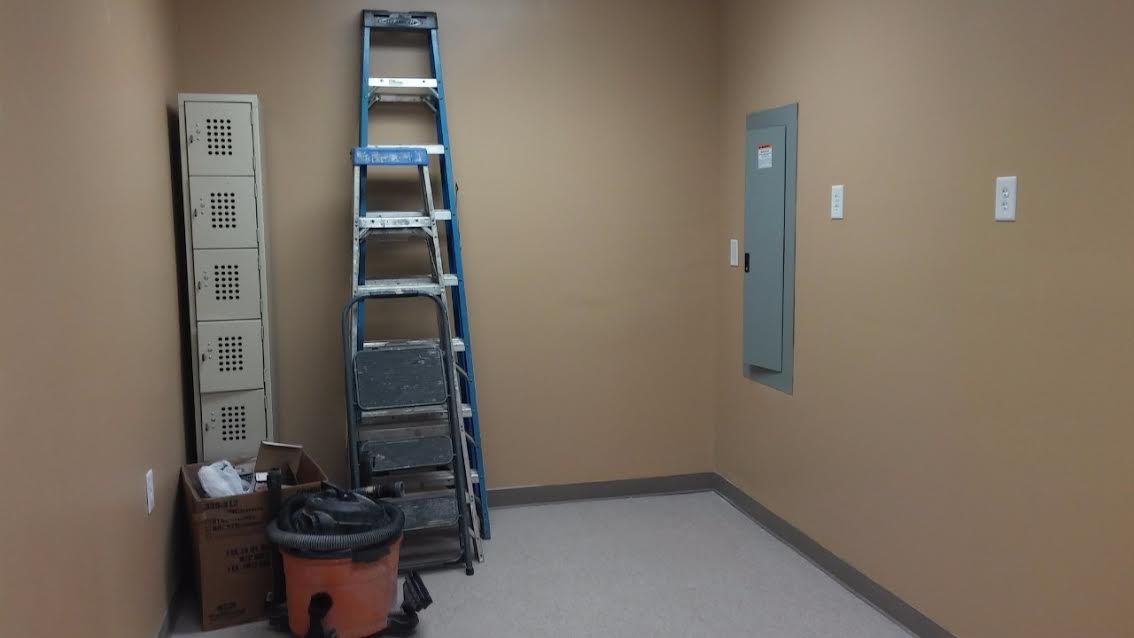 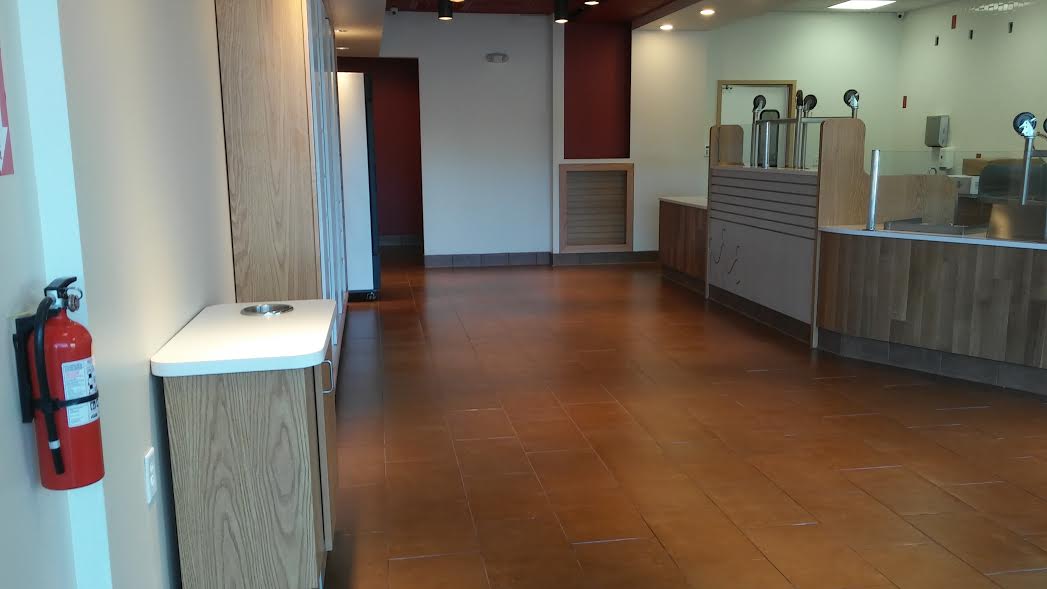 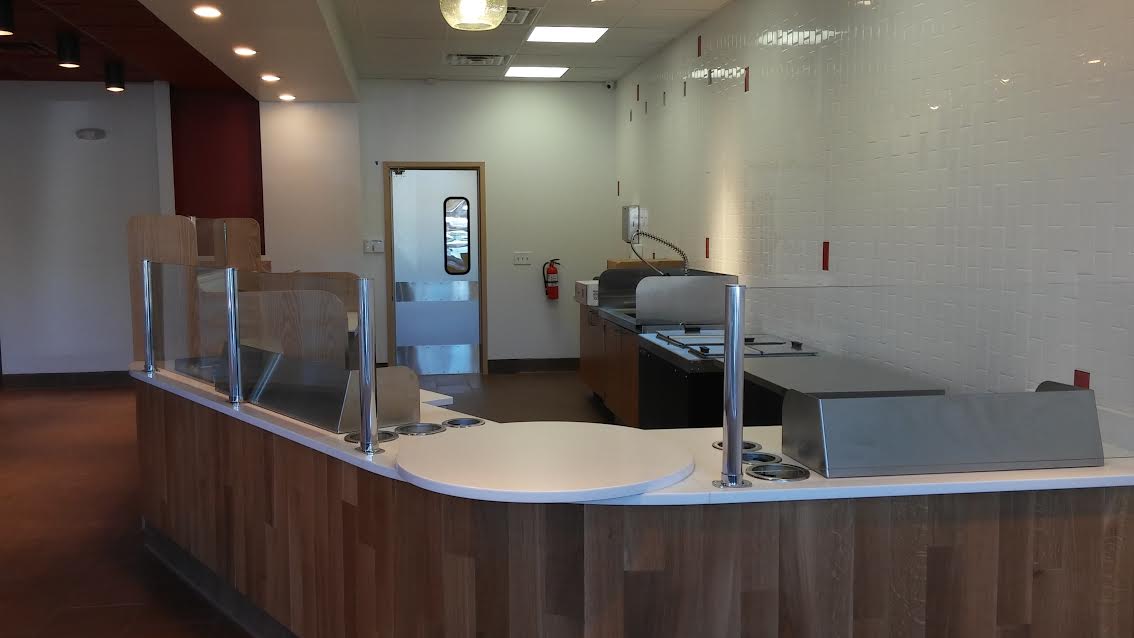